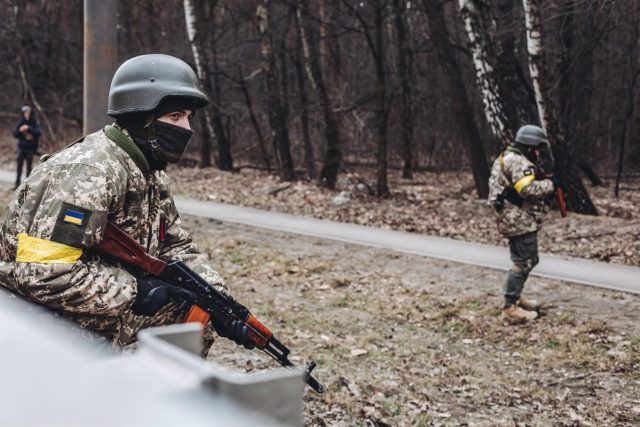 A soldier of the Ukrainian army observes his position, on March 6, 2022, in Irpin, Ukraine. – Diego Herrera – Europe Press

The Ukrainian government has assured this Saturday that the country’s military forces have recovered more than thirty towns in the region surrounding the capital, kyiv.

Presidential spokesman Oleksii Arestovich has reported these advances and that “tough battles lie ahead” in the south and east of the country, according to Ukrainian public television.

Read:  Germany to allocate 2 billion in military aid to Ukraine

“Let’s have no illusions. There is still intense fighting in the south, for Mariupol, for eastern Ukraine,” the spokesman explained. In addition, Arestovich has highlighted that the Ukrainian troops are being able to maintain the front line in the east of the country.

Ukrainian forces have taken control of towns such as Bucha or Brovari and Russian forces have also withdrawn from Gostomel Antonov airport, where they have remained entrenched for several weeks, the Ukrainian Defense Ministry has reported.

These Ukrainian advances would fit with Moscow’s declaration that it would abandon its offensive in the kyiv and Chernigov regions to concentrate on the east of the country. Thus, Ukrainian sources quoted by the DPA news agency speak of Russian bombing of factories and industrial zones in Mariupol, Kharkov and Ghernigov.

“Russian soldiers are being transferred to the Donbas and in the direction of Kharkiv,” Ukrainian President Volodimir Zelensky said in an interview on Friday. “The situation in the east of our country remains very difficult,” he said.