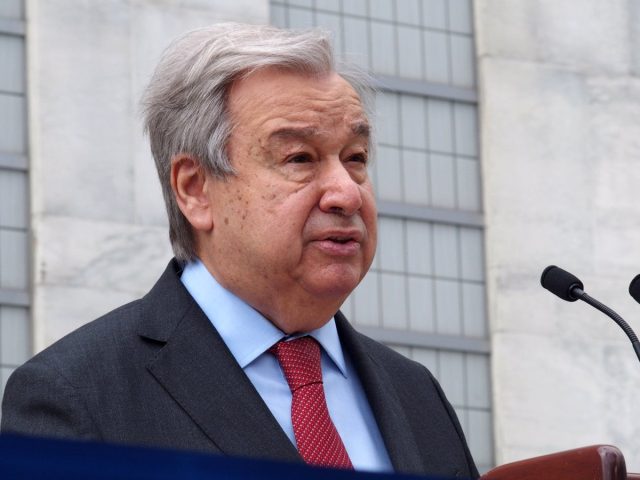 The Secretary General of the United Nations, António Guterres, has traveled this Saturday to Dakar, the capital of Senegal, as part of a “solidarity visit for Ramadan” that will also take him to Niger and Nigeria, according to the state news agency, PHC.

Guterres will begin his visit by chairing an internal meeting at the UN sub-regional office in Dakar on Sunday. After that, he will leave for the future West African headquarters of the United Nations in Diamniadio, a new urban center about thirty kilometers from the Senegalese capital, according to the radio station Radio France International (RFI).

During his stay in Senegal, Antonio Guterres will meet with the Senegalese president, Macky Sall, current president of the African Union, with whom he will share an iftar, as reported this week by the UN deputy spokesman, Farhan Haq.

Likewise, Guterres will also participate in the Eid al Fitr celebrations, on the occasion of the end of the month of Ramadan, together with the president of Niger, Mohamed Bazum. The Secretary General is also scheduled to meet with Nigerian President Muhammadu Buhari.

Haq has already announced at a press conference that, in the three countries, Guterres will meet with senior government officials, as well as representatives of civil society, including women, youth groups and religious leaders.

Read:  Petro bets that Cuba will once again be the scenario for a possible negotiation process with ELN

This visit takes place in a context of international crisis, with tension around the supply of hydrocarbons and an increase in wheat prices that is already taking place in several countries on the continent, which raises fears of an unprecedented food crisis, according to remembered RFI.