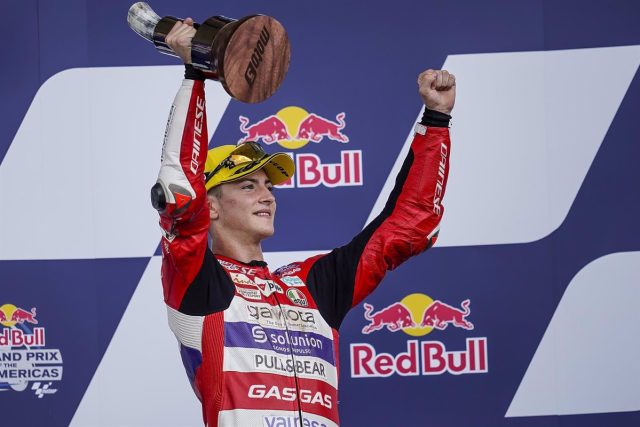 “It was very clear I didn’t have it, because at the beginning the race was very slow, I was aware of it. I have been able to take advantage of the moment in which to push, the pace is being too slow. When I have had the moment, I have started to push. four Grands Prix in a row, I’m super happy, for Germany now,” he told DAZN.

Read:  Pol Espargaró: "I can drive as I want"

The one from Palma, who assured that he has noticed the heat “in the last laps”, was happy to be able to make up for what happened in the last Italian Grand Prix, when they took away the victory for exceeding the limits of the track in the last lap. “We have achieved the victory that we did not achieve in Mugello”, he affirmed.

In addition, he valued the podium of the young David Muñoz, who in his second race in the World Championship has finished second. “That’s what happens when a race is so slow, it piles up a lot. Today those behind had an easier time getting to the front. The race was incredible, it’s the first one I’ve won by escaping,” he concluded.

Read:  Marcelino leaves Athletic: "The time has come to give thanks and say goodbye"