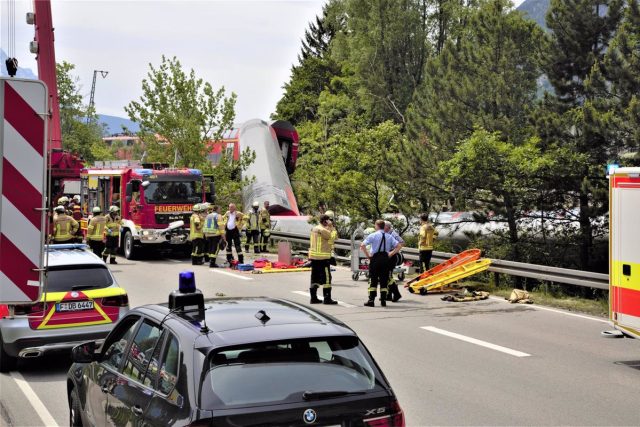 At least 12 people are missing after the derailment of a train this Friday near the city of Garmisch-Partenkirchen, in southern Germany, and for which four people have died, according to local authorities.

“We are a little worried because we still have reports of 12 missing people who have not yet been found,” Bavarian Interior Minister Joachim Herrmann said in statements collected by the German agency DPA.

According to Herrmann, the disappeared could be in the hospital, since it has not yet been possible to clarify the identity of some seriously injured, and he has trusted that the Police can do so during the night, according to the aforementioned media.

Read:  The UN denounces that the Ecuadorian authorities discriminated against an indigenous activist for not recognizing his marriage

The total number of injured after the train derailment accident, in which 140 people were travelling, amounts to 60, of which 16 are in serious condition. In addition, the victims are “of all ages”, because this Friday the school holidays began.

German Chancellor Olaf Scholz has expressed his dismay at the accident. “Our sympathy is with the families, with the injured, to whom we wish a speedy recovery,” he told the German radio station RTL.

In addition, the German Minister of the Interior, Nancy Faeser, has visited the accident site to learn more about the situation and express the deep condolences of the German Government: “I am deeply shocked. It is a terrible catastrophe.”

Read:  Israel speaks out on the Ukraine crisis and defends the territorial integrity and sovereignty of Kiev

The passenger train was traveling in the direction of Munich when it left the tracks for reasons that have not yet been established, police spokesman Stefan Sonntag told DPA.

A “major operation” to free passengers from the wreckage of the train has concluded, according to police. “As far as we can tell, all people have been rescued from the train,” a spokesman said.