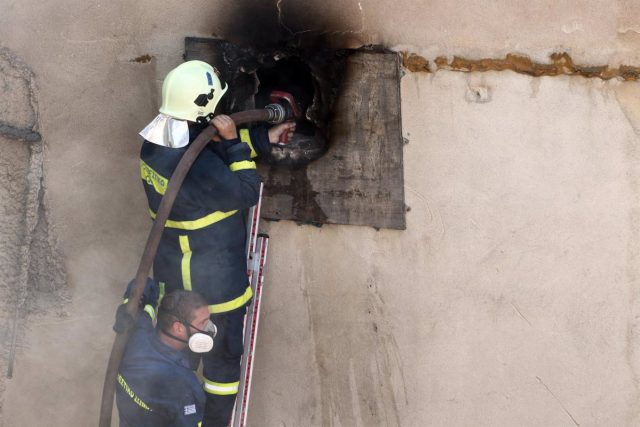 The Greek fire department has declared Saturday that the large forest fire that has affected in recent days the port town of Rétino, on the island of Crete, is under control, after the evacuation of six nearby towns.

Although the fire came close to the settlements, no houses were damaged, the mayor of the municipality of Agios Vasilios, Ioannis Tatarakis, told the Skai channel.

Tatarakis acknowledged that he suffered from a respiratory problem during the tasks of organizing the evacuation. He was taken to the Spili Health Center where he received first aid, before continuing to coordinate the operations from his home, notes the daily ‘Kathimerini’.

Right now there are 110 firefighters with 33 deployed in the area. At dawn, five firefighting helicopters also resumed their work amid strong winds in the region, which continued to rekindle the flames.

The Ministry of Climate Crisis and Citizen Protection has again warned of a “very high risk of forest fires” in five regions of the country.

Warning level 4 (out of five possible) applies to the Attica region, the capital Athens, as well as the islands of Euboea, Crete, Chios and Samos, among others.

The authorities have appealed to the population not to deal with open fires under any circumstances.