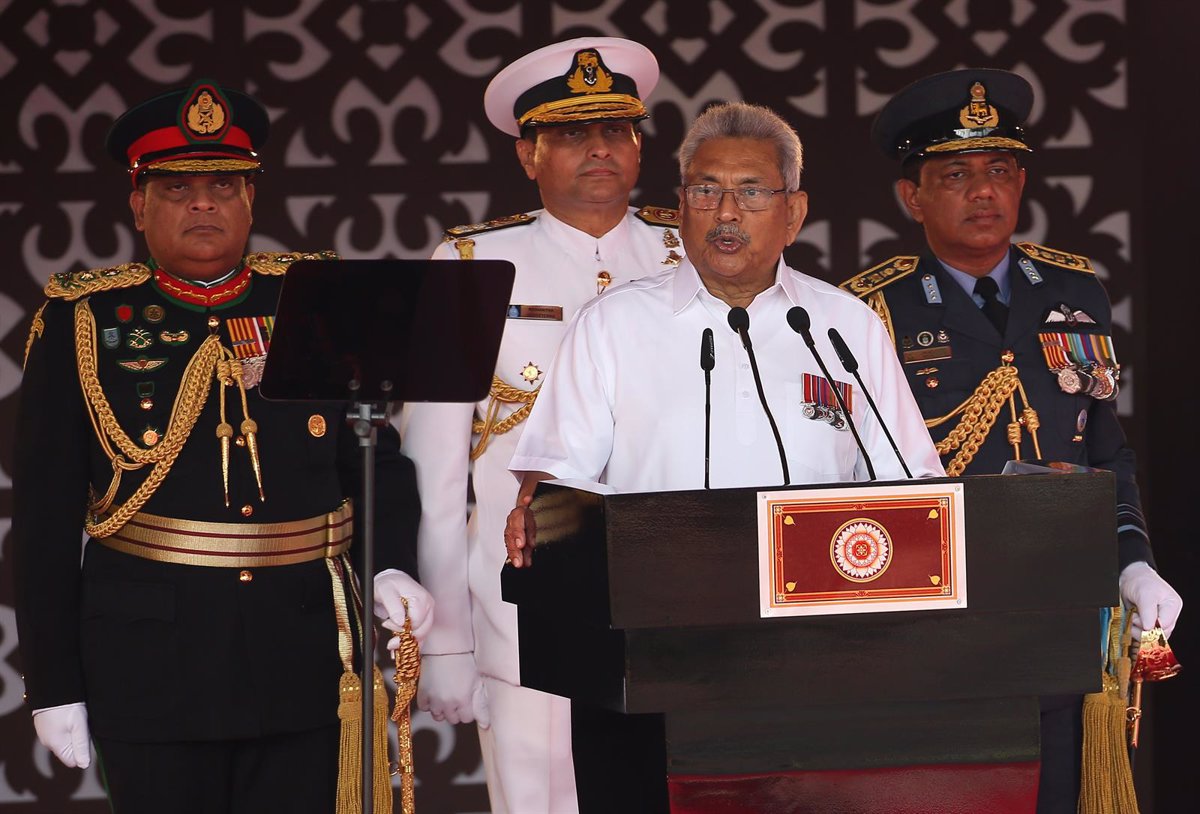 Sri Lanka’s former president Gotabaya Rajapaksa has bid farewell to the nation with a message of apology after doing “everything possible” to prevent the economic crisis that has finally claimed his office and put him on the run abroad following last weekend’s popular uprising.

Rajapaksa’s resignation was accepted Friday by Parliament. The former president is now in Singapore after a stopover in the Maldives, and his final destination is still unknown.

The Sri Lankan Parliament, on the other hand, has started this Saturday the procedures to elect a new president, a position currently held on an interim basis by the Prime Minister, Ranil Wickremesinghe.

Read:  The African Union calls for reforming the financing of peacekeeping missions to deal with coups and terrorism

In his farewell letter, Rajapaksa blames the crisis on years of economic mismanagement prior to his term in office, coupled with the coronavirus pandemic.

“It is my personal belief that I have taken all possible steps to address this crisis, among them the request for a concentration or unity government,” according to the missive, read Saturday in Parliament and picked up by the Pragativadi news portal.

Rajapaksa thus gives in after several months of protests over rising prices, lack of food, medicine and fuel, which has put the small Asian island in front of its worst economic crisis since it gained independence from the British colonial yoke.

Read:  The life of Elizabeth II, in pictures

The popular revolution in Sri Lanka has thus forced the definitive fall of the Rajapaksa family, after Gotabaya forced in early May his brother Mahinda to step down as prime minister in a superfluous attempt to quell the protests.

Parliament Speaker Mahinda Yapa Abeywardena has confirmed that the new president will be elected on July 20 by the legislative body, a date previously chosen by the leaders of the political parties with representation.

Yapa Abeywardena himself confirmed early Friday that Rajapaksa’s letter of resignation has been received by the authorities, implying his resignation effective July 14.