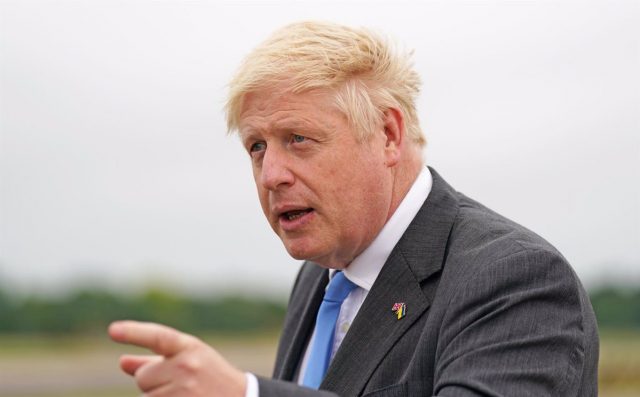 The British Prime Minister, Boris Johnson, has refused on Monday to offer his support to any of the candidates running to succeed him as Prime Minister and has assured that his intention is “not to harm anyone”.

In his first speech since he announced his resignation last week after weeks of pressure within the Conservative Party itself, the ‘premier’ has indicated that he does not want to “stand in the way of anyone’s chances” and has insisted that his goal now is to “fulfill” his mandate, as reported by the BBC television network.

Thus, he has insisted that he is “determined” to do so and has stressed that the population is “happier” when “there is less talk of politics in Westminter.” “I have the necessary determination to fulfill the mandate we were given, but my job is to oversee the process over the next few weeks, and I am sure that the result will be good,” he has asserted.

Read:  Japan's GDP grows in second half to pre-pandemic figures