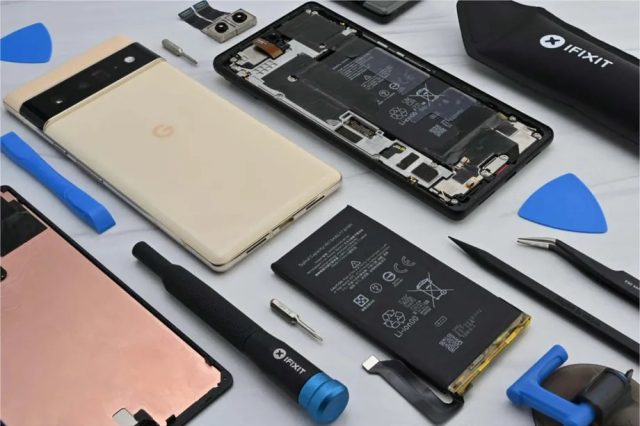 After Samsung announced that it will start a repair program through which it will sell parts and provide guides for replacing components for smartphones and tablets, in partnership with iFixit, and Google announces a similar program. It seems that Google has also chosen iFixit as a partner to provide parts, tools and guides to repair your smartphone at home, in a program that will be available in all countries where Pixel phones are officially sold.

iFixit is a Google partner for Pixel replacement parts

According to the official announcement, customers who want to purchase components for Pixel smartphones such as batteries, screens or cameras to repair them at home will be able to do so starting in 2022. No clear deadline has been set for the start of this program. , but we know for sure that it will be available in the US, Canada, Australia, UK and EU countries where Pixel models are available for sale.

Read:  Some WhatsApp users have received a long-awaited feature

Moreover, we also know which of the phones will receive spare parts in the program. Starting with the Pixel 6, Google’s latest series of smartphones, and up to the Pixel 2 models, which no longer even receive software support from the company, customers will be able to order the parts needed for quick repairs. In comparison, Samsung will initially offer parts only for Galaxy S20 and Tab S7 tablets.

It seems that the availability of the parts will be covered by the same period of software support. This way, at least five years after launching your phones, you will be able to find parts in stock in the Google offer. The company will deliver the parts in the so-called “Fix Kits”, which will include the necessary parts, as well as the tools you need to install them. Of course, there will be clear instructions.

iFixit has recently become a partner for many companies in the field who want to offer the possibility of home repairs for their customers. Samsung and Google are just the big recent partners, along with Microsoft, Valve and even Motorola, which are already selling parts through iFixit. Apple, which announced such a repair program last year, will offer parts, tools and instructions without such partnerships through its own sales and distribution channels.