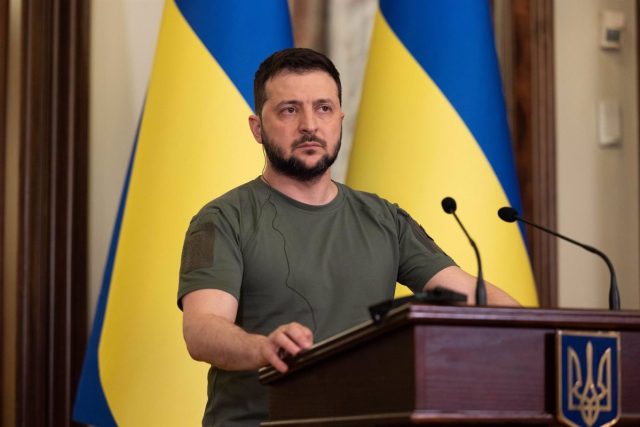 Ukraine’s President Volodimir Zelensky has claimed that since the Russian invasion of the country began, Russian troops have destroyed at least 570 health facilities and 101 hospitals have been completely destroyed.

“What is it? This doesn’t make sense,” said the Ukrainian president, assuring that during the night of this Thursday they have attacked schools in the Chernigov region, as well as residential buildings in the Zaporizhia region and attacks have been registered, also , in Poltava and Kremenchuk.

“Russia’s strategic defeat is already obvious to everyone in the world and even to those who still continue to communicate with them. Russia simply lacks the courage to admit it until now. They are cowards. And they are trying to hide the truth behind the attacks with missiles, air and artillery,” he said.

Precisely in Kremenchuk, there have been shellings by Russian troops with missiles against a refinery, which has been damaged, according to the regional military chief, Dimitro Lunin, who has said that it is the largest attack against the city since it began. the invasion. Likewise, he has estimated the number of missiles in the region at 12, as reported by the DPA news agency.

On the other hand, the Ukrainian Armed Forces have attacked warehouses of missiles and artillery weapons and ammunition of Russian troops near Chornobayivka, in the Kherson region, under Russian “control”, as confirmed by the adviser to the Presidency Ukrainian, Oleksiy Arestovich, according to the Ukrinform news agency.