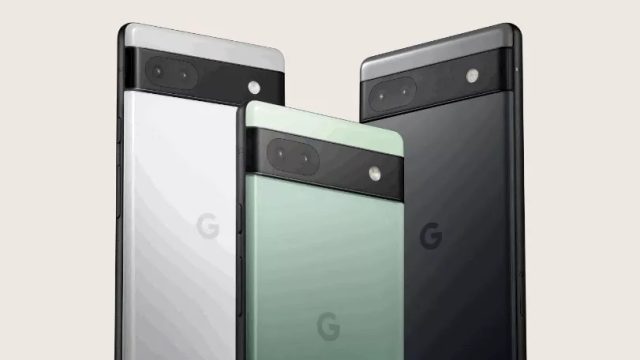 At the I / O 2022 event, Google officially announced its Pixel 6 series mid-range smartphone model. Details of the Pixel 6a had been leaked to the internet for several weeks, and official details confirm most of the information we already knew. The news is the official price and release date. Google-style will not be launched immediately after the announcement.

Pixel 6a is not much different from the Pixel 6 and 6 Pro models already launched in the fall. It retains the exterior design, made in two-tone colors on the back, with a horizontal viewfinder for the camera system. Inside, Google keeps the same Tensor chipset from the top models, but a few compromises have been made to reach the price of $ 449, $ 150 lower than that of the Pixel 6. Pixel 6a uses a 6.1 ”screen with AMOLED panel and 60 Hz refresh rate, with integrated fingerprint sensor, has two 12 megapixel cameras, but they are not the same on the higher models. The headphone jack on the Pixel 5a disappears, but the phone is water and dust resistant to IP67 standard.

The internal configuration includes 6 GB RAM and 128 GB storage, 4,410 mAh battery, fast charging at 30W and a Titan M2 security chip. There is no wireless charging, as on higher models.

Pre-orders for Pixel 6a start on July 21, but Google will sell the phone in only 12 countries: USA, Canada, Germany, UK, Ireland, France, Italy, Spain, Japan, Australia, Singapore, Taiwan and India. India will receive the phone later this year.