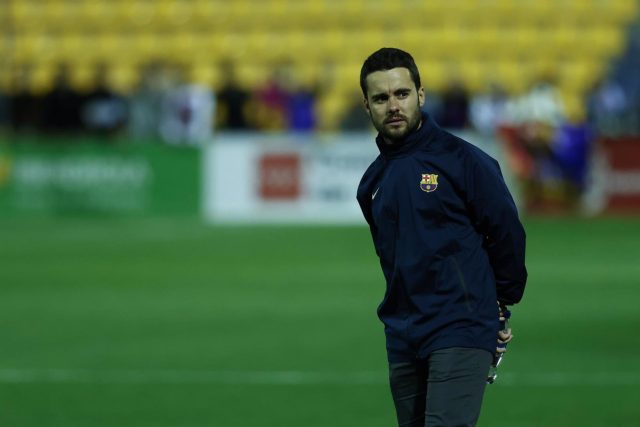 The FC Barcelona women’s coach, Jonatan Giráldez, has assured that the Barça team “plays to give the fans joy” and “will be up to the task” in the final of the Copa de la Reina against Sporting Huelva this Sunday.

“The team will be up to the task considering that we are playing for a title. We play to bring joy to the fans. All the options go through the ability to dominate the game,” admitted Giráldez at the press conference prior to the match.

“Our mission is to face each game with the utmost enthusiasm and with the possibility of giving people reasons to want to come and see the players, and I think we have achieved that”, added the Blaugrana coach, who does not consider “so relevant” “The opponent they face.

In this line, Giráldez mentioned that they must have “the same capacity”, regardless of whether they win or lose “against the first, second or last classified”. Therefore, “the illusion is the same and it is a new opportunity,” he added.

About the time of the game (11:30 am), the coach downplayed it. “It is true that at training levels it is the time that we carry out our tasks every day. I don’t know if at the visibility level it can help the fans to see the game more,” he said.

Read:  Pedro Acosta signs the best time in the Moto2 tests in Portimao

For the Catalan team, dominance will be key to having “more options” to lift the Cup. “They have been games where we have had more possession than the rival, focusing on transitions and set pieces. Tomorrow will be something similar” , commented.

Finally, Giráldez insisted that the strengths of the opponents will depend on what they are capable of doing with the ball. “I anticipate that we will dominate possession, with chances and goals. We will give them fewer options so they can’t show off their weapons,” he concluded.