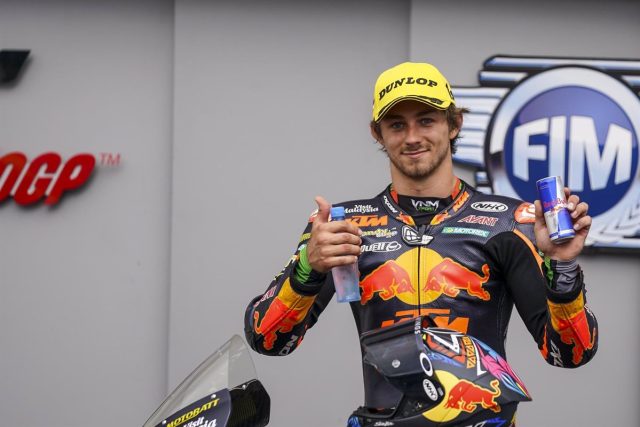 Raúl Fernández does his part and wins in Cheste

The Australian rider Remy Gardner (Kalex) has been proclaimed Moto2 world champion after finishing tenth in the last race of the World Championship at the Comunitat Valenciana Grand Prix, a result with which he has neutralized the victory of his main rival for the title , the Spaniard Raul Fernandez (Kalex).

The ‘rookie’ from Madrid, who started the test at the Ricardo Tormo Circuit in Cheste with 23 points in the oceanic overall, did his part and took the seventh victory of the year -staying four points behind the title-. Gardner, who should have finished better than fifteenth in the event of victory for his Red Bull KTM teammate Ajo, was conservative to cross the finish line tenth.

Read:  Quartararo, Migno and Dixon rule in the practice sessions of the Indonesian Grand Prix

With tension in the air, a multiple accident on the opening lap forced the red flag to wave. In turn 2, the Spanish Xavi Vierge (Kalex) lost control of his bike and took the Italian Marco Bezzecchi (Kalex) ahead.

At the restart, without the ‘poleman’ Simone Corsi (MV Agusta), who did not manage to leave the ‘pitlane’, Raúl managed to rise to the head of the race after overtaking Augusto Fernández (Kalex), although soon Fabio Di Giannantonio (Kalex) He took away the privileged position.

With the ‘rookie’ from Madrid staying up, the pressure passed to Gardner; the oceanic started eighth, but was losing positions until he was between tenth and eleventh place, an area that guaranteed him ‘championship’ even if the one from San Martín de la Vega won the appointment.

In fact, with three laps to go, Raúl was back in front and Gardner did not lose his cool, bursting with joy after crossing the finish line tenth. After the Spanish, ‘Diggia’ and Augusto completed the podium in Cheste.