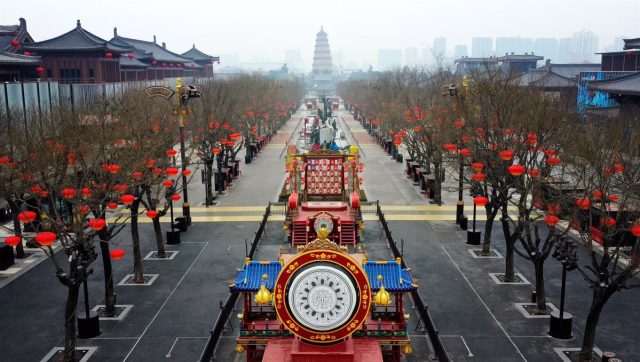 The Chinese authorities have announced the end of the confinement imposed a month ago in the city of Xian, where nearly thirteen million people reside, after a drop in the number of coronavirus infections in the town.

The Xian Mayor’s Office has indicated that the area has been considered low risk one month after the start of the confinement and has added that the population can leave the city with the relevant health codes, without the need for a certificate.

Likewise, people residing in low-risk areas will be able to return to the city if they present a negative antigen test carried out 48 hours before, the aforementioned code and a summary of their itinerary, according to the Chinese newspaper ‘Global Times’.

Read:  Russia includes Navalni and four of his collaborators in a list of terrorists and extremists

For their part, people arriving from high-risk areas will have to quarantine and bear the cost of accommodation, while transport services will resume normally in Xian, the capital of Shaanxi province.

The authorities have also highlighted that supermarkets and stores will be able to open their doors and that restaurants will be able to restart their operations, as long as there is a capacity limitation and the distances between diners are respected.

During the day on Sunday, the authorities of the capital, Beijing, carried out coronavirus tests in the Fengtai district, with two million people, due to an increase in cases after an outbreak detected in this area of ​​the city.

Thus, about a thousand sample collection points were installed and more than 13,000 health workers were deployed in the area, as reported by the Chinese news agency Xinhua. Beijing confirmed a total of nine cases during the previous day.