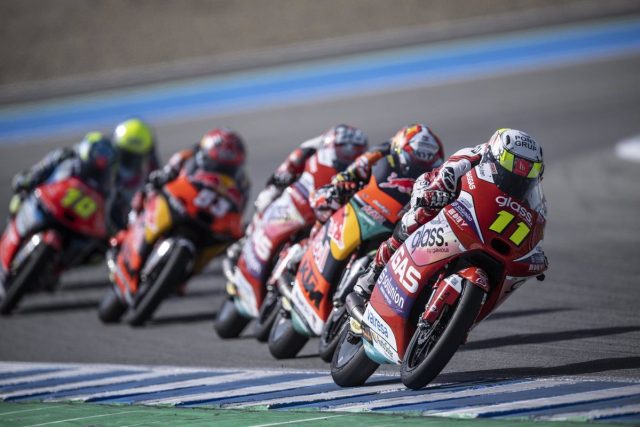 The Italian rider Dennis Foggia (Honda) has claimed pole position for the Moto3 race of the French Grand Prix, the seventh round of the Motorcycle World Championship, corroborating his dominance over the weekend and guaranteeing himself to lead a front row in which he will be accompanied the Japanese Tatsuki Suzuki (Honda) and the Spanish Jaume Masià (KTM), while the leader of the championship, Sergio García Dols (GasGas), will start seventh.

In this way, the Roman, second in the World Championship, conquers the first pole of his life and becomes the sixth different pole position driver in the seven races this year. Thus, he will try to cut points from Burriana, a solid leader who will have to start from seventh position.

Read:  Aleix Espargaró and Viñales will seek to fly with an innovative Aprilia RS-GP 2022

In the qualifying debut at Le Mans, the Turkish Deniz Öncü (KTM) took advantage of the filming of having passed through Q1 to command the first minutes of the final session, although soon the Italian Dennis Foggia (Honda), the fastest to date of the weekend, took control to not abandon it.

Read:  Aleix Espargaró: "You can't allow such a mistake fighting for the championship"