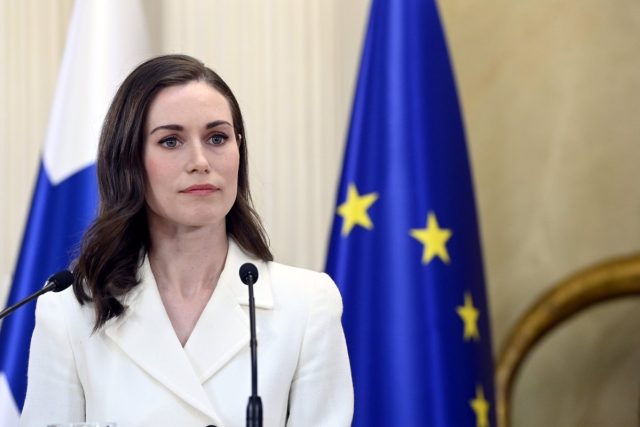 The president of Finland, Sauli Niniiströ, and the country’s prime minister, Sanna Marin, announced this Sunday the request for the country’s entry into the North Atlantic Treaty Organization (NATO) with the intention of “maximizing” its options. after the Russian invasion of Ukraine.

Marin has expressed his desire that the ratification process be “as fast and fluid as possible” and that “no member of the organization has reported any problems in this regard”, referring to the statements made on Friday by the president of Turkey , Recep Tayyip Erdogan, on his disagreement with the accession plans of Finland and Sweden.

Erdogan expressed his discomfort after denouncing that the Scandinavian countries granted favorable treatment to organizations such as the Kurdistan Workers’ Party (PKK), declared a terrorist group by his country and estimated, citing the case of Greece, that joining NATO is rare time resolves territorial tensions.

Niiniiströ, in response, has acknowledged his “confusion” about the Turkish position and assured that the president had been “pleased” and “in favor” of the incorporation. “On Friday we heard something different and on Saturday it was open again to the incorporation and then the opposite: we want a clear answer on this and we hope to talk to Erdogan about the problems he raises,” he added. “I think there’s going to be a lot of debate yet. I’m not worried,” he added later in statements to CNN.

Read:  The Chinese ambassador to Ukraine assures that Beijing "will never attack" the country and reaffirms its "strategic relationship"

THE PRESIDENT EXPECTS TO MAINTAIN NEIGHBORHOOD RELATIONS WITH RUSSIA

Regarding Russia’s reaction, the president has indicated that “membership in NATO does not change the geography” between the two neighboring countries and that in his telephone conversation with the Russian president, Vladimir Putin, held on Saturday, and in which he informed him personally of the decision to join the bloc, both leaders recalled aspects of bilateral cooperation unrelated to the Atlantic Alliance “that we have to take care of in the future”.

It should be remembered that the Russian president warned Niniiströ that Finland’s entry into NATO could have “a negative impact” on bilateral relations before assuring that his country does not pose any threat to its neighbor.

In addition, Niniiströ explained that Putin responded with “calm and temperance” when he told him of Finland’s intention to join NATO in the telephone conversation on Saturday. “Actually the surprise is that he received it so calmly,” he said in statements to the US network CNN.

The Finnish president has stated that he does not believe that Russia will attack Finland now or in the future, but the invasion of Ukraine “shows that they are willing to attack a neighboring independent country”, which justifies the request to join NATO .

“I hope and do not doubt,” the Finnish president said, “that Russia wants to continue with these daily obligations, as has happened with Norway in the difficult context of the Arctic.” For her part, the prime minister declared herself fully aware that the Finnish request (and Sweden’s plans to do the same) “are going to influence the Baltic, Nordic and all northern regions” of Europe.

Read:  Zelensky tells the Bundstag that Russia is building "a wall" in Europe with its offensive against Ukraine

“The changes are not going to be seen in daily life, they will be seen in our minds. Even if you don’t think about it in your daily life, it will affect the way you think about your personal situation,” added the president before refer to the conversation with Putin that he had on Saturday as a meeting defined by its frankness.

“Neither I nor Finland are known for slipping away and quietly disappearing around a corner. It’s better to say the truth,” he explained.

For his part, Marin has assured that Finland “has taken measures to prepare” for any possibility. “Today’s Russia is very different from what we have seen before (the invasion). Everything changed when Russia invaded Ukraine and we can no longer trust a peaceful future alongside that country. That is why we have made the decision,” he said. declared.

Thus, the president, together with the Government’s Foreign Policy and Security Commission, have already completed the corresponding report on accession, which will be presented to the Cortes Generales after approval by the Plenary of Government. After consultation with Parliament, Finland will formally request its entry to the organization, according to the statement published this Sunday on the Presidency website.