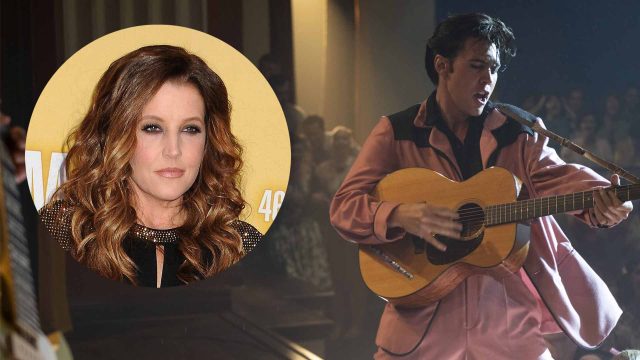 Lisa Marie Presley spoke for the first time about Baz Luhrmann’s new film, Elvis, and revealed her and her family’s reactions after watching the film together.

The upcoming biographical film will tell the life and career of the musician, focusing on his beginnings: how he learned rock and roll as a child, and later became one of the most important stars of all time. Elvis will also explore the artist’s complicated relationship with his manager, Colonel Tom Parker, and how this has affected his personal life.

Although the idea of ​​producing a film about Presley’s life is almost a decade old, Luhrmann first entered directing talks in 2014, although it only began to take shape in 2019, when Tom Hanks joined the team. , thus completing the image of a future with great chances for success.

After an initial production delay due to the fact that Tom Hanks and his wife, Rita Wilson, became infected with COVID-19, filming for the movie Elvis finally ended in early 2021.

Lisa Marie Presley spoke on Twitter about the movie Elvis

Until the official release in June, you can read what Lisa Marie Presley wrote about the movie that talks in pictures about her father, the great Elvis Presley. According to her, the film managed to capture the king’s life in a respectful way, and she also praised both the director and the actors in the cast, including Austin Butler, who brought Elvis back to life.

Hello, I haven’t posted in quite some time because there really isn’t much to say, as I’m and will forever be mourning the loss of my son. Navigating through this hideous grief that absolutely destroyed & shattered my heart and my soul into almost nothing has swallowed me whole.

However, that being said, I do want to take a moment to let you know that I’ve seen Baz Luhrmann’s movie “Elvis” twice now. Let me tell you that it is nothing short of spectacular. Absolutely exquisite. Austin Butler channeled and embodied my father’s heart & soul beautifully.

In my humble opinion, his performance is unprecedented and FINALLY done accurately and respectfully. (If he doesn’t get an Oscar for this, I’ll eat my own foot, haha.) pic.twitter.com/qrcj3N1yhy

Baz, your utter genius combined with your love and respect for my father and this project is just so beautiful and so inspiring. I know I’m being repetitive, but I don’t care, Thank you for setting the record straight in such a deeply profound and artistic way.
Love you ~ LMP