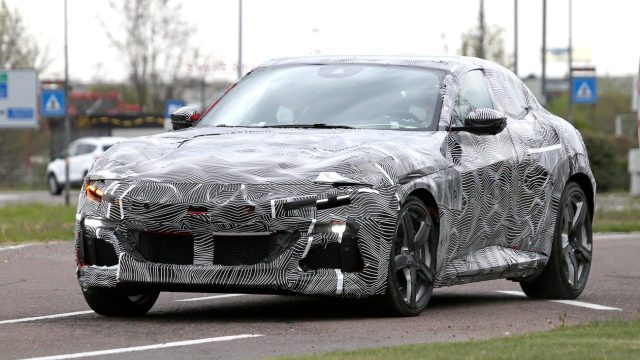 CEO Benedetto Vigna said the V12 is the right choice for the market because of the performance and driving experience it could offer.

“We tested several options, it was clear that the V12, for the performance and driving experience it could offer, was the right choice for the market,” said Benedetto Vigna.

He said during the presentation of the first quarter results, which showed a 12% increase in its core earnings, as demand for its sports cars remained strong, despite global political turmoil.

The choice to power the Thoroughbred with its most powerful engine marks a break from Ferrari’s recent strategy, which focused on less polluting V8 and V6-hybrid models, such as the recent 296 GTS.

Asked if Purosangue will receive other propulsion systems in the future, Vigna did not comment.

Read:  Mercedes is facing problems: what happens to production

Thoroughbred will compete with Lamborghini Urus and Bentley Bentayga. It will be unveiled later this year and production will start before the end of the year. Deliveries will begin next year.

“Our need to preserve exclusivity”

The SUV is the last of the 15 models included in the Ferrari product plan 2018-2022. Ferrari has already unveiled four hybrid models and promised an all-electric car for 2025.

Ferrari gave no indication of Purosangue’s price positioning or sales targets. “We will take into account our need to preserve exclusivity,” said Vigna. “We are not afraid to cannibalize other GT models in our range, because there are different Ferraris for different customers,” he said.

Read:  Marvel versus DC: the most watched car races on YouTube

Vigna said that the production volume of the Ferrari factory in Maranello, Italy, is 15,000 to 16,000 units. Ferrari is not going to invest in raising it, he said, reiterating the need to maintain exclusivity.

The result was aided by the collection of advance orders for the Daytona SP3, one of the latest Ferrari models.

“These results were supported by a strong net order intake, which continued firmly in the first three months of the year. Today, the order book is already covered by 2023 and most of our models are sold out, ”said Vigna.

Ferrari has confirmed its forecast for the year it provided three months ago, including one for an adjusted EBITDA of between € 1.65 billion and € 1.70 billion.