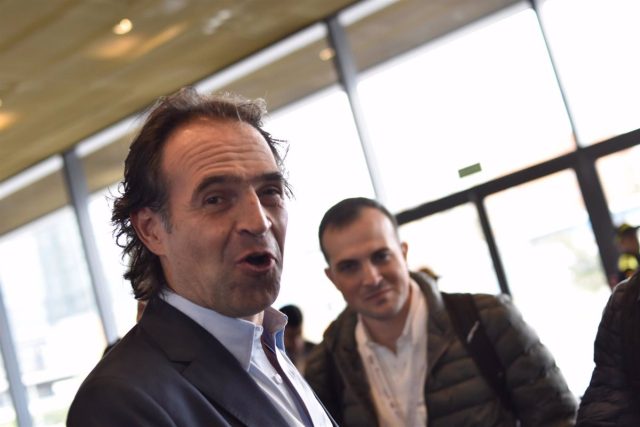 Conservative candidate Federico ‘Fico’ Gutiérrez has announced that he will vote for tycoon Rodolfo Hernández in the second round of the Colombian elections, because he considers the left-wing candidate Gustavo Petro a “danger” for Colombia and democracy.

Gutiérrez, who came third in the first round by obtaining just over five million votes, has announced from the Colsubsidio Cube in Bogotá that both he and his vice-presidential formula Rodrigo Lara will vote for Rodolfo Hernández, who has finished second and will face Gustavo Petro in the second round, as reported by ‘El Espectador’.

Similarly, Gutiérrez has thanked the more than five million Colombians who have voted for him. “For me and for Rodrigo, the country will always be above, well above individual and personal interests.” That is why he invited to vote for Hernández, considering that Gustavo Petro would be a danger to the country.

Federico Gutiérrez, has informed that until now he has not spoken with Rodolfo Hernández, but he has said that he does not need to do so. “We do not want to lose the country, we do not want to put the future of Colombia, our families or our children at risk. We will vote for Rodolfo and Marelen on June 19,” he asserted.

Thus, he has emphasized that “Gustavo Petro, for everything he has said and for everything he has done, does not suit Colombia. It would be a danger to democracy, to freedoms, to our families and to our children” , adding that he accepts the results, that sometimes he loses and other times he wins, but that “democracy is cared for and respected.”

Finally, Federico Gutiérrez has invited the more than five million people who have voted for him and his vice-presidential formula, to vote for Rodolfo Hernández and Marelen Castillo on June 19. “Understanding that within the two alternatives, today is the most sensible way to take care of democracy and take care of freedoms. Because once democracies leave, they do not return”, he has sentenced.

On the other hand, after the results of the elections, Rodolfo Hernández appeared to thank his voters for their vote and said: “Today the country won, which does not want to continue one more day with the same men and women who have led us to the The painful situation we are in today. Today the firm will of the citizens won to end corruption as a system of government. Today the country lost to politicking and corruption.”

Likewise, Hernández has maintained that his “commitment is today and will always be, to make Colombia a country with opportunities for all, where the Government works every day for the well-being of Colombians.”

Hernández has given the surprise and will dispute the presidency of Colombia with Petro in the second round of the Colombian presidential elections, according to official results corresponding to 99.9 percent of polling stations counted.

Specifically, Petro would have achieved 40.3 percent of the vote, while Hernández has given the surprise by adding more support than the conservative candidate Federico Gutiérrez and reaching 28.1 percent of the ballots.

Gutiérrez would be the third with 23.91 percent of the vote, while none of the other candidates has exceeded 5 percent.