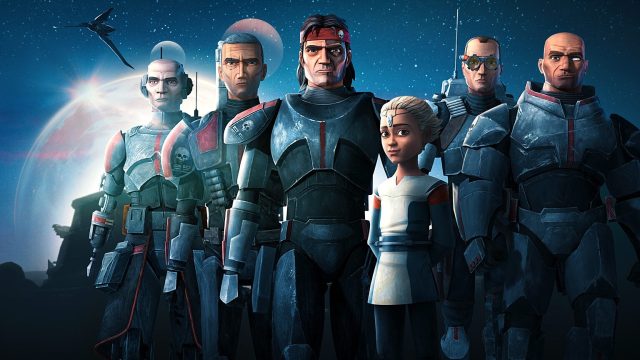 On Sunday, the last day of the Disney Star Wars Celebration 2022 event, the parent company released the first trailer for season two of Star Wars: The Bad Batch.

Although he found out last year that Disney was planning not to release the series, now we know at least the approximate time when he will release The Bad Batch. Specifically, it will debut on Disney + sometime this fall.

The trailer that the company distributed to the general public indicates that the story will resume the events that involved time jumps, those that make the members of Clone Force 99 look older than they were in season one. Also, each of them is seen wearing updated armor, the team leader, Hunter, wearing a new scarf – and this is just one example, of course.

As usual, it seems that the group will have a long and difficult way to go, while trying to find a place in a galaxy that will provide them with the conditions they need. And if that excites you, find out that there will even be a Wookie with a lightsaber, an iconic element of the Star Wars universe.

The approximate release period for season two of The Bad Batch was one of the few announcements that Disney shared during Star Wars Celebration 2022.

Also here, fans were able to see some absolutely sensational images for the first time, from the Rogue One Andor prequel, but also from Star Wars Jedi: Survivor, the sequel to Respawn’s Fallen Order.

If you’re a die-hard Star Wars fan, you probably won’t forget the updates to The Mandalorian and Ahsoka.

No matter which series you watch, it is certain that you have a choice, Star Wars being one of the most prolific franchises of all time.