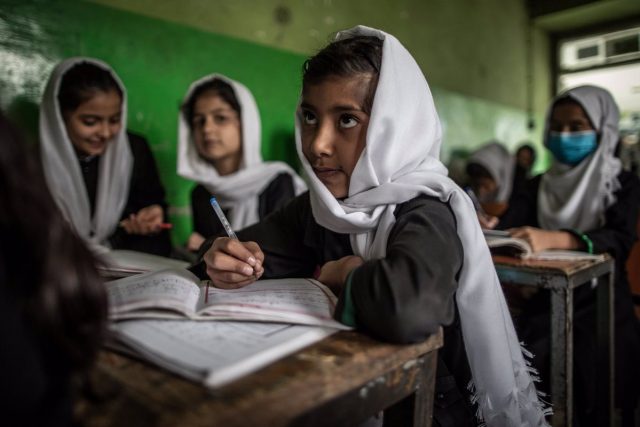 A group of Afghan female students has demanded this Monday to the authorities installed by the Taliban in the province of Badakhshan (northeast) to reopen classrooms in high schools to resume their studies, amid international criticism of the fundamentalists for the continued closure of centers.

“Every child has the right to have an education,” said Arezo, one of the students. Sedra, another student, has stressed that she cannot afford private classes and added that they are “depressed” by this situation.

Activists and residents of Badakhshan have indicated that this situation has a negative impact on the education system and have also called on the Taliban to reopen these centers, as reported by the Afghan television channel Tolo TV.

For his part, the head of the Department of Information and Culture of the province, Mazulden Ahmadi, stressed that the decision depends on the Taliban leadership and said that “if the Islamic Emirate takes a decision on the reopening, the local authorities are prepared and have no problem”.

The Taliban announced in late May the creation of a committee to address the possible reopening of classes for female students in high school and above, following international criticism of the continued closure of these classrooms since their return to power following the flight from Kabul of the then president, Ashraf Ghani, in the face of his military advance towards the capital, in August 2021.

Read:  Russia denounces three wounded in an attack by the Ukrainian Army against Belgorod

The group, which has installed a government marked by a lack of women and representatives of other political groups, has faced criticism over the closure of educational centers and the exclusion of female students from them, amid a battery of discriminatory measures against women that keep them away from their jobs and govern aspects of their daily lives.