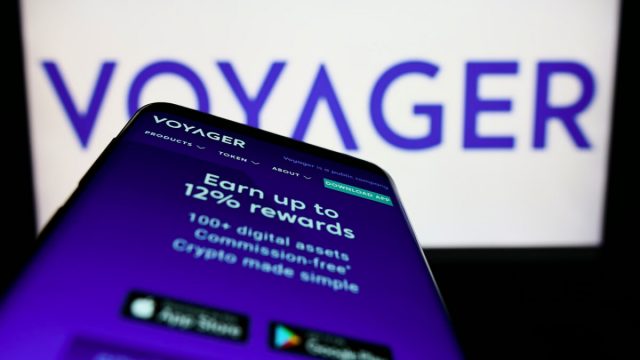 The two institutions called Voyager Digital a “false and misleading“Voyager’s deposit insurance claims. Voyager Digital allegedly lied to its customers that the government insured its deposits.

The Federal Reserve and the Federal Deposit Insurance Corporation have issued a cease-and-desist order urging the troubled crypto-currency lender to stop telling its customers that their funds are insured by the government. On a joint letter issued Thursday, the U.S. banking regulators said the failed broker made various statements “false and misleading“regarding the company’s FDIC insurance status and its customers’ deposits. The letter states:

“Voyager has made various statements online, including on its website, mobile app, and social media accounts, asserting or suggesting that (1) Voyager itself is FDIC-insured; (2) customers who invested with the Voyager crypto-currency platform would receive FDIC insurance coverage for all funds provided to, held by, on, or with Voyager; and (3) the FDIC would insure customers against the bankruptcy of Voyager itself. “

Have you heard? USD held with Voyager is FDIC insured up to $250K. Our customers’ security is our top priority. Start growing your crypto portfolio today.

Voyager has repeatedly stated that its funds are FDIC insured. “US dollars held at Voyager are FDIC insured up to $250K. The security of our customers is our top priority. Start growing your crypto-currency portfolio today“, the company published on its website and in a tweet from November 2020.

On July 8, the FDIC investigated Voyager for claiming to be FDIC insured through its partnership with Metropolitan Commercial Bank. Although Voyager maintained deposit accounts with the FDIC-insured bank, the agencies stated that “Voyager is not itself FDIC-insured“, meaning that depositors were not protected from the broker’s failure.

According to the agencies, Voyager’s public statements likely misled many customers who invested with the firm under the false impression that the government had insured their funds. The regulators ordered the broker-dealer to remove all public statements and references suggesting FDIC coverage for the company’s or its customers’ deposits and send a letter to the agencies outlining all steps it took to comply with the directive.

Read:  European markets could move on the basis of the new US Fed policy

Voyager filed for bankruptcy on July 6 after the now-bankrupt hedge fund Three Arrows Capital defaulted on a $665 million loan from the broker. On July 22, crypto-currency exchange FTX offered to buy the company’s crypto-currency assets and loans-except for the loans to Three Arrows-and use them to immediately repay customers affected by the bankruptcy. However, Voyager’s lawyers rejected FTX’s buyout proposal, which it called a “low-ball offer disguised as a white knight rescue.”