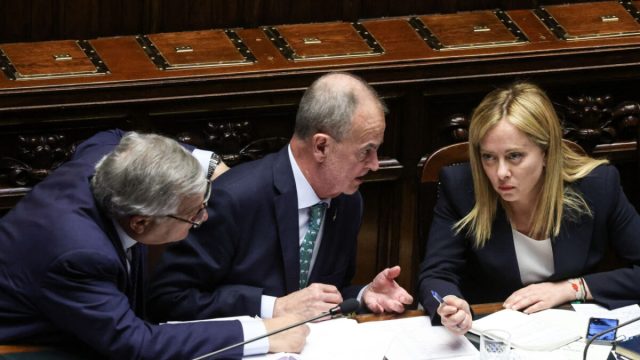 Italy’s new government plans to impose a 26% tax on capital gains from crypto trading, according to the draft budget for next year. The ruling center-right coalition is also preparing to force Italians to declare their digital assets and pay 14% on their holdings.

The Italian government plans to tap into the profits of crypto-currencies.

Authorities in Rome appear poised to expand and tighten regulations on the disclosure and taxation of digital assets. The change is likely to come with Italy’s 2023 budget, which is expected to target profits from crypto-currency wealth and trading.

A provision in the budget, proposed by the right-wing government led by Prime Minister Giorgia Meloni, extends a 26 percent levy on capital gains above a €2,000 threshold to crypto assets, Bloomberg reported.

Read:  5G technology, a gateway to the Metaverse

The ruling coalition, elected in late September, is also proposing that taxpayers declare the value of their digital assets from January 1, 2023, and be taxed at a 14% rate. The aim is to encourage Italian taxpayers to disclose their assets in their tax returns.

Under current tax rules, digital currencies and tokens are treated in Italy as foreign currency that is subject to lower taxation. The bill, which may still see amendments in parliament, also introduces disclosure requirements and extends stamp duty to cryptocurrencies.

About 1.3 million Italians (2.3% of the country’s population) own crypto assets, the report notes, citing data from Triple A. This compares to 5 percent in the UK and 3.3 percent in France.

Read:  Ripple CEO is optimistic the crypto industry will be stronger after the FTX fiasco if transparency and trust remain its priority

Giorgia Meloni, Italy’s first female executive in Rome and leader of the far-right Brothers of Italy party, has previously campaigned for lower taxes.

Her government’s tougher stance on crypto-currencies now follows in the footsteps of Portugal, one of the most crypto-friendly EU members, which revealed in October its intention to tax short-term crypto-currency profits at 28 percent starting next year. It also comes amid a global tightening of regulations after a wave of crypto industry failures, such as the recent collapse of crypto-currency exchange FTX.