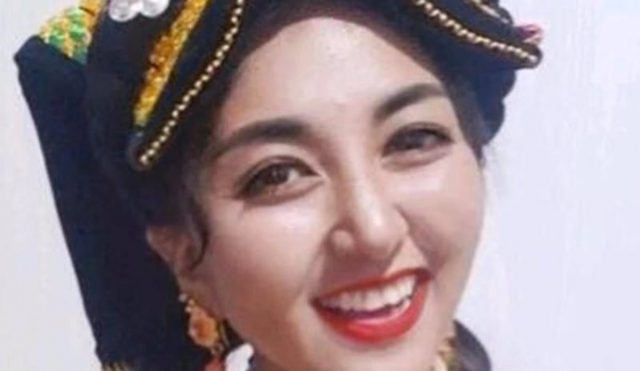 Chinese authorities confirmed Saturday the execution of a man convicted of murdering his ex-wife, the well-known social media creator Lhamo, after setting her on fire during a live Internet broadcast.

The execution has been announced by the people’s court of the Tibetan autonomous prefecture of Ngawa (or Aba), in Sichuan province, according to a statement picked up by the Chinese news portal The Paper.

“The Aba Prefectural Intermediate People’s Court of Aba Prefecture verified the identity of Tang Lu, convicted of intentional homicide, and carried out the death sentence in accordance with the law,” the court order stated.

Read:  Johnson says he will not endorse any candidate to succeed him in office: "I don't want to hurt anyone".

“Before the execution, it was agreed that the criminal Tang Lu would be reunited with his family members, which fully guaranteed the executed criminal’s legal rights in accordance with the law,” the notice added.

Tang set his ex-wife on fire in September 2020 while live-streaming via Douyin, China’s version of TikTok. Lhamo, 30, died from her injuries a few weeks later.

Lhamo was a popular figure thanks to his videos about his daily life in Sichuan, where he disseminated information about his Tibetan culture.

In light of this murder and other cases, such as the beating of several girls by a group of men in the city of Tangshan last month, China’s Supreme People’s Court, the highest judicial instance in the country, has demanded stiffer penalties for those convicted of violence against women, children and the elderly.

A national survey released in 2021 revealed that 30 percent of married women in China had experienced domestic violence. The previous year, a report by the NGO Beijing Equality concluded that, over the previous four years, more than 920 women had died from domestic violence in the country, three every five days.