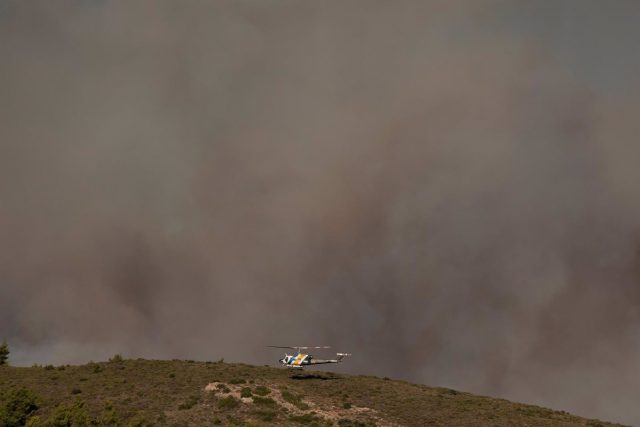 Greek firefighters are trying to control this Saturday the big fire that is ravaging the Dadia national park, near the border with Turkey and one of the largest forest areas in southern Europe, amid a new series of outbreaks appeared in recent days and fueled by the heat wave that plagues the country.

According to the latest information, by early morning the eastern front of the fire had been brought under control. In the north, northwest and west of the fire there are small and scattered active outbreaks and firefighters are continuing containment efforts. However, efforts are being concentrated on the southwest front of the fire, the most active of all, reports ‘Kathimerini’.

Read:  Amnesty denounces the lack of control of international surveillance systems on anniversary of Pegasus crisis

Also in the last few hours another large fire has broken out on the southern side of the island of Lesbos, where the village of Vatera has been evacuated by the authorities.

“The fire has reached the sea. It is quite windy unfortunately. The situation was going well until half an hour ago, but the wind changed direction and the front became uncontrollable. We are fighting to save homes,” Taxiarchis Verros, mayor of western Lesbos, told Greek public broadcaster ERT.

Meanwhile, several firefighting units continue to fight small outbreaks scattered across the Peloponnese peninsula, in a massive deployment for which all 86 firefighting planes and helicopters available in the country are being used.

In central Greece, temperatures were already hovering around 38 degrees in the early hours of Saturday morning. In some places, thermometers should show values of more than 40 degrees in the afternoon, the meteorological office warned Saturday.

It is expected to get even hotter early next week, with the heat lasting into early August, the report added.