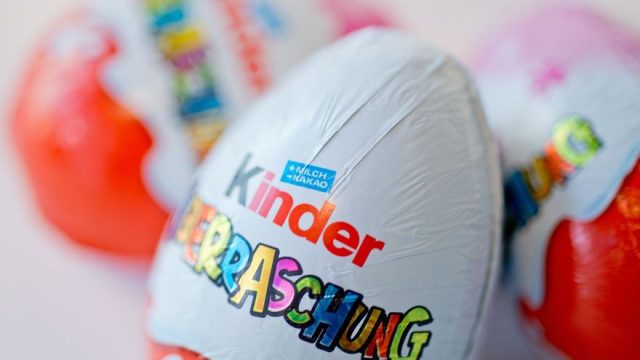 The European Center for Disease Control and Prevention (ECDC) and the European Food Safety Authority (EFSA, for its acronym in English) have recorded so far a total of 324 cases of ‘Salmonella Typhimurium’ monophasic related to chocolate products manufactured in a factory in Arlon (Belgium) by the Kinder company.

Until this Wednesday they have been confirmed 266 cases and 58 probable in Germany, Austria, Belgium, Denmark, Spain, France, Ireland, Italy, Luxembourg, Norway, the Netherlands and Sweden, as well as in the United Kingdom, including two different strains of ‘S. Typhimurium’ monophasic. In addition, cases have been identified in Canada, Switzerland, and the United States.

Most infections (86.3%) occur in children 10 years of age or youngerand of the EU, Norwegian and UK cases for which information is available, 41.3 percent of them have been hospitalized, no deaths reported.

The epidemiological and microbiological investigations have identified specific chocolate products manufactured at the Arlon processing plant as likely vehicles of infection.

Other sources of infection

The two outbreak strains of ‘S. Typhimurium’ monophasic were identified in ten of the 81 positive samples of ‘Salmonella’ taken at the plant between December 2021 and January 2022, including raw material (whey), semi-finished and finished products.

The plant closure of Belgian prosecution on April 8 and the global recall and all its products “they have reduced risk of exposurebut new cases may appear due to the long shelf life and possible storage of products at home“, detail the two European organizations.

In any case, they report that there is eight cases that cannot be explained by the consumption of chocolate products from the same processing plant in Belgium, which “suggests that it also there may be other sources of infectioneven if they are secondary infections, which cannot be excluded”.