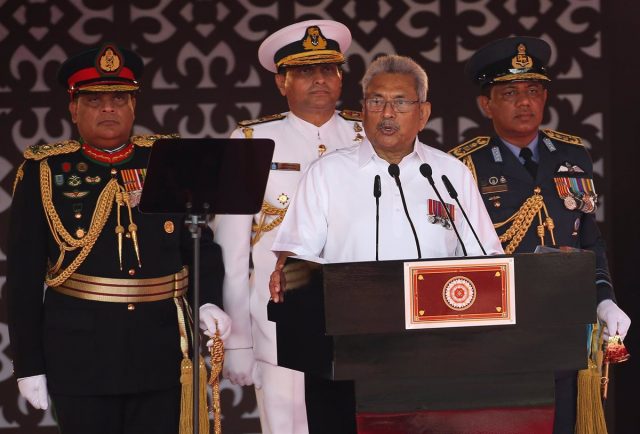 The Sri Lankan government has asked the Singapore authorities to extend for another two weeks the visa of the country’s former president Gotabaya Rajapaksa, on the run since the popular revolution that ended his mandate last month.

Sources close to the decision have indicated to the ‘Daily Mirror’ that the president will not return to Sri Lanka until the end of this month, at least.

It should be recalled that Rajapaksa, accused by a large part of the population of enriching himself and benefiting his family during his mandate, was initially scheduled to return on August 11.

Faced with strong opposition from activists, the former president left for Singapore via the Maldives on July 14, where he was initially to stay for two weeks.