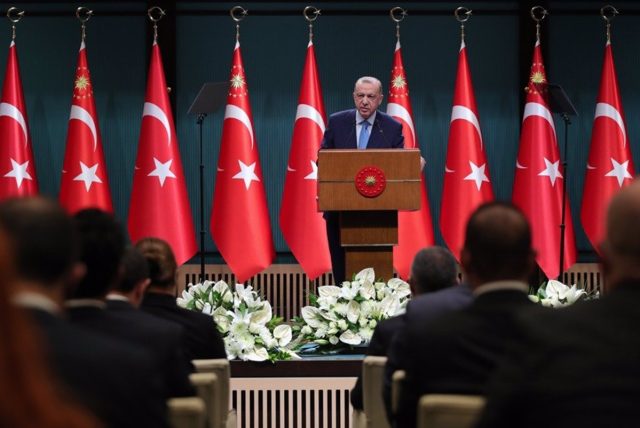 The president of Turkey, Recep Tayyip Erdogan, has once again proposed to his Russian counterpart, Vladimir Putin, the possibility of “elevating” the process of negotiations with Ukraine through a meeting with the head of state of this country, Volodimir Zelensky. , an option that Moscow has always ruled out for now.

Erdogan and Putin spoke on the phone on Tuesday and, in this call, the Turkish president advocated a ceasefire and the establishment of humanitarian corridors in Ukraine, according to a statement from his office collected by the Anatolia news agency.

Read:  HRW denounces Chadian government for excessive use of force against opposition protesters

At the end of March, Turkey hosted a meeting between the Ukrainian and Russian delegations that seemed to open the doors to an agreement, but it has not finally arrived and now, according to Erdogan, it is time for the presidents of both countries to take the initiative.

In this sense, the Turkish president believes that it would be an “important” milestone to relaunch the negotiations, stalled today by the reciprocal suspicion of kyiv and Moscow. The two parties have accused each other of failing to comply with the commitments they have signed and continue to disagree on key issues such as the establishment of humanitarian corridors.

Read:  Pro-Russian authorities in Donetsk announce the resumption of activity in the port of Mariupol

The Kremlin, for its part, has reported in a statement that the humanitarian issue was one of the issues discussed in the conversation, in which Putin also referred to the alleged Russian efforts to guarantee the safety of civilians and “protect” the Donbas region in eastern Ukraine.

Putin has also considered the Mariupol area, on the shores of the Sea of ​​Azov, “liberated” and has blamed the situation around the Azovstal plant on the Ukrainian authorities. The Russian president has called on the Ukrainian forces to lay down their arms.