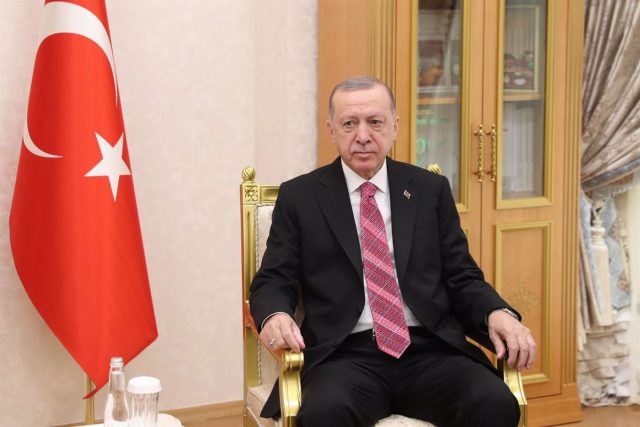 Turkish President Recep Tayyip Erdogan has called on the European Union (EU) to show similar “sensitivity” to Ankara’s accession efforts that it has shown towards Ukraine in the face of Russia’s military offensive, after decades of stalemate in the country’s accession process to the European bloc.

“I say to the member states of the EU: Please show sensitivity towards Ukraine, but also towards Turkey. Will Turkey be put on the agenda when someone declares war and attacks Turkey?” asked the president, who has said that the bloc “is not sincere”, as reported by the Turkish newspaper ‘Hurriyet’.

Thus, he has argued that the bloc should show the same position towards Ankara’s accession and has stressed that Turkey’s position in NATO “is already clear”. “We are not a country that prevents its expansion. On the contrary, we have always argued that the expansion of NATO would be beneficial,” she stressed.

Regarding the war in Ukraine, Erdogan has called for a ceasefire and has asked Moscow and Kiev to “make a good contribution to world peace”, while the spokesman for the Presidency, Ibrahim Kalin, has indicated that the Turkish authorities they will not be added to the international sanctions against the Russian government for now.

“We are not of the opinion of imposing sanctions against Russia. We have commercial ties such as natural gas, tourism and agriculture. We do not want to adopt a decision that is harmful to our country,” he explained in a statement given to the Turkish television network CNN Turk. “We have to act taking into account the priorities of our country,” he added.

In this way, he has emphasized that “there must be an actor who can talk to Russia.” “Who will talk to Russia if everyone has burned the bridges? We are not planning a sanctions package to keep this channel open,” he maintained, before stressing that Russian demands to end the war, including the disarmament of Ukraine and the recognition of the annexation of Crimea “are not realistic” or “acceptable”.

For his part, the Turkish Foreign Minister, Mevlut Cavusoglu, has stressed that Ankara will not join the sanctions. “Despite differences of opinion, we are the country that has developed cooperation with both countries. When there is war, there is no need to take positions. On the contrary, we are the country that can establish a dialogue between the two to end the war.” “, has settled.