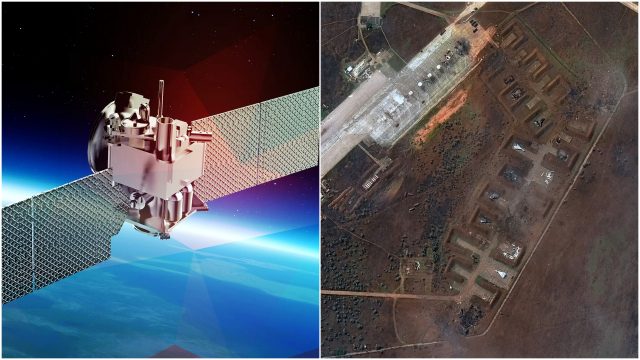 Privately owned satellites have played an unexpectedly large role in the war in Ukraine, according to Fast Company.

We saw how effective the recent attack on the Russian air base in Crimea was thanks to images released by Planet Labs, a private satellite operator. Russia claimed it was an incident caused by non-compliance with fire regulations. At least nine Russian planes were destroyed in the attack – which Ukraine has not claimed but has not distanced itself from.

#Satelliteimagery from August 10, 2022 of #Saki airbase in Novofedorivka, #Crimea, #Ukraine showing the aftermath of the reported attack on the Russian airbase where you can see the extent of the damage caused by explosions and fires. pic.twitter.com/B67lfdO1jd

Shortly after the outbreak of the conflict, Ukraine asked private satellite companies for help. By the end of April, Kiev was receiving images from the front line just minutes after they were taken. The satellites covered 40 million square kilometres of the conflict zone. The images are needed for planning operations, but also for propaganda purposes. Shortly after the Russian naval destroyer Orsk was attacked, images of the sunken ship, captured from space, appeared on the internet.

Read:  Like Apple in the battery scandal, Samsung adds on the Galaxy S22 a setting to block performance limitations

Most players in this market are from the US. The number of commercial surveillance satellites has grown from 11 in 2006 to more than 500 in 2022. Of these, 350 belong to US companies.

Planet Labs, which played a major role in the Ukraine conflict, has customers in a variety of fields, including agriculture, government and private. The company hopes to expand into areas such as finance, insurance and resources.

The US owns its own spy satellite network, but partnering with these firms offers benefits. For example, larger (and more frequent) areas of the planet’s surface can be covered. Then, information from private companies is easier to transmit and share. Information from military satellites has to go through certain filters or declassification processes, which takes up valuable time on the battlefield.

Even before the war began in February 2022, images captured by commercial satellites showed the massive concentration of Russian troops near the Ukrainian border. Other recent photos, provided by Planet Labs, have shown how the fighting has moved very close to the Zaporozhye nuclear power plant and how the Russians are using this dangerous target as a shield.

The satellite photos triggered a reaction from the UN, which warned of the risk of a nuclear disaster. The organisation urged the Russians to allow its experts access to the plant as soon as possible.

Some of the companies operating in this market hope that the images captured by their satellites will in future be used more for peaceful purposes, such as environmental conservation, making agricultural production more efficient or fighting illegal activities.