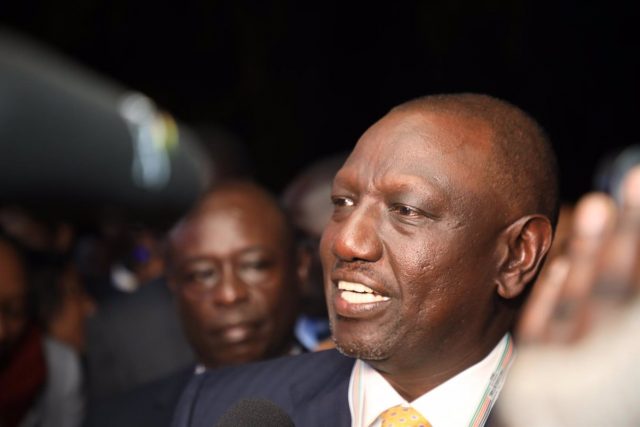 The Kenyan deputy president, William Ruto, has won the Kenyan elections with 7,176,141 votes (50.4 percent), according to the data announced by the electoral commission of the African country. However, four of the seven members of the commission have rejected these results.

Ruto is thus imposed by a narrow margin to Raila Odinga, who has achieved 6,942,930 votes (48.85 percent), as reported by the chairman of the Independent Electoral and Boundaries Commission (IEBC), Wafula Chebukati, in a press conference broadcast on social networks.

“I am here despite intimidation and harassment. I took my oath of office to serve this country and I have done my duty according to the Constitution and other laws,” Chebukati stressed in his speech.

Shortly before the announcement, four of the seven commissioners that make up the IEBC have announced that they disregard the results that Chebukati would present. Among them is the vice-president Juliana Cherera, as well as the commissioners Francis Wanderi, Irene Masit and Justus Nyang’aya, who consider that these results are the fruit of an “opaque” process.

Read:  Khamenei announces amnesties and sentence reductions for more than 1,000 convicts on the occasion of the end of Ramadan

“We are not going to Bomas — where the press conference was held — because we cannot subscribe to the results that are going to be announced,” explained Cherera, according to the Nigerian newspaper ‘The Nation’ in its digital edition.

Ruto’s victory is already being celebrated in the streets of Kenyan cities, but the first reports of violent incidents have also emerged in Kimuso, where the police have used tear gas against the demonstrators, or in Kibra.

After these results were known, Ruto has appealed to avoid “revenge” against his rivals in reference to the bitter history of electoral violence in the country.

“Revenge has no place (…). We look to the future. We must close ranks and work together for a democratic Kenya,” said the elected leader, who also congratulated the IEBC for “raising the bar”. “I just want to say without fear that Wafula Chebukati is our hero,” he said.

“I will work with all the elected officials so that we can improve the country and that no one is left behind,” added Ruto, who also promised cooperation to the opposition.

“Anyone who has doubts about these elections already knows what to do. We are a democratic country, with institutions that can resolve any doubt that anyone has,” he has argued.

For Ruto, “these elections have been the most transparent ever held in Kenya.” “I think most Kenyans will agree with me (…). There is no ‘deep state’ that can bend the will of the people,” he remarked.

The announcement of the final result of the polls has been delayed several times due to accusations of electoral fraud raised by the Odinga campaign, which has led to a gradual increase in tension.

More than a thousand people were killed after the 2007 elections and another hundred in 2017, during the re-election of the outgoing president, Uhuru Kenyatta. Odinga, chosen by Kenyatta for succession, had been leading the polls for days before the elections.