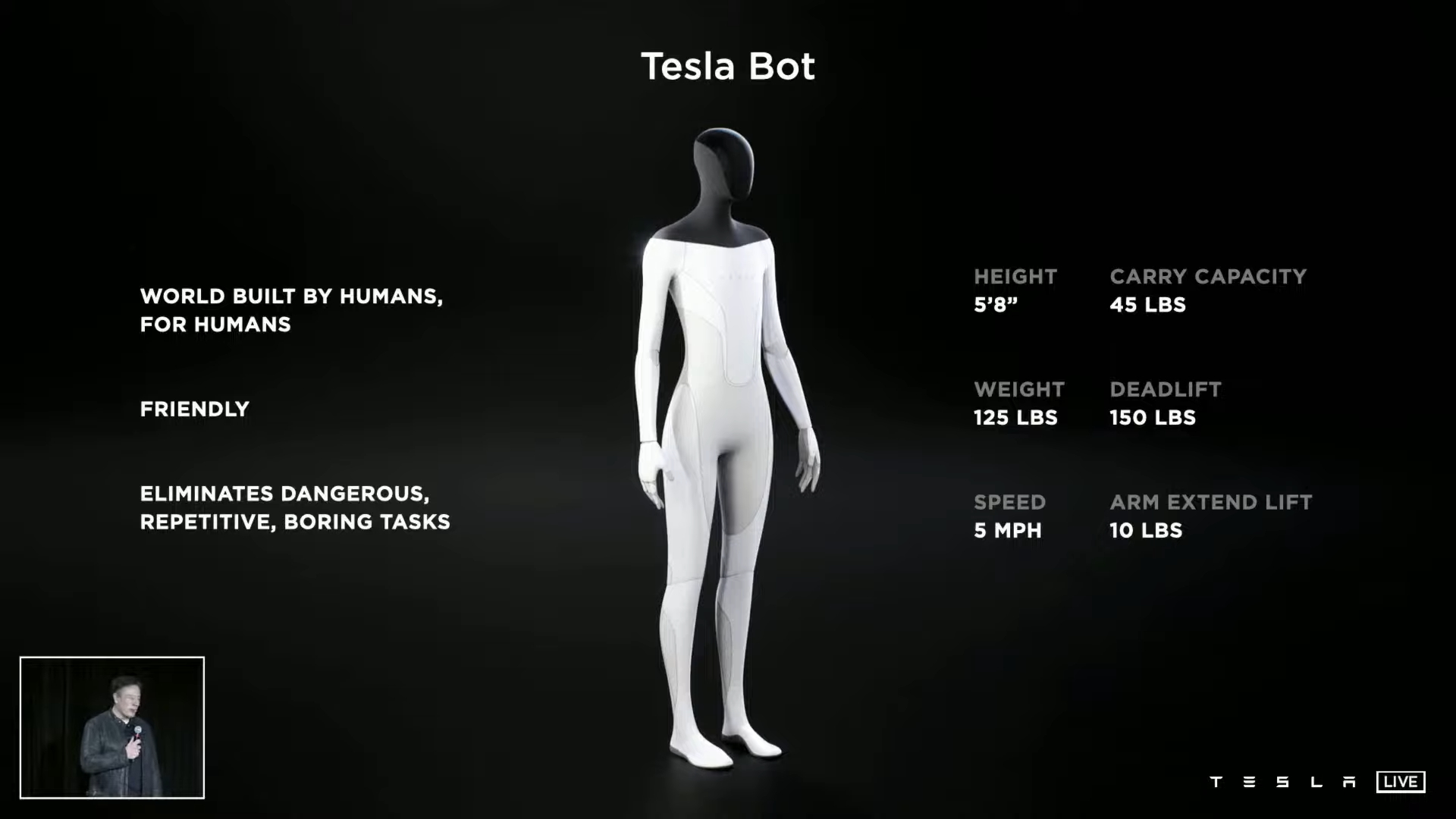 Elon Musk has argued for many years that Tesla is not necessarily a company that makes cars, but rather robots, as each of its cars will eventually be able to be driven autonomously by Full Self-Driving software. However, the autonomous driving capabilities of Tesla cars are still in a rather unfinished stage. Thus, when it unveiled a humanoid robot called Optimus, capable of taking over human work, many viewed this product with skepticism, as such robots would need even more advanced navigation and movement capabilities. But Musk says he wants to demonstrate the robot in a functional version in September.

The Optimus robot was announced last year only as a concept

Last year, at the AI ​​Day event, Elon Musk presented what was then called the “Tesla Bot,” which he later renamed Optimus. This robot, created in Tesla labs, could be used in some areas for “boring” work. These are repetitive actions, which could also be performed by robots. However, after the presentation and specifications, when it came to the presentation of the robot, Musk brought on stage a man in a plastic suit.

Read:  Vivo has developed a 200W smartphone charger. It will be delivered with a new phone in 2022

In 2022, Musk says that AI Day will move from August to September, to be able to present the Optimus robot on stage in a functional version. Of course, that will be a prototype, but it should be somewhat functional, even if not fully operational.

The Tesla robot will be made in such a way that it cannot injure the people around it, having limited power. Also, it will not be able to move at a very high speed, an adult being able to be both stronger than the robot and to be able to run faster. But if the robot is not dangerous, we may wonder why we need to run faster than it.

It remains to be seen if the Optimus robot will become a reality at AI Day this year or if it is still a product that will remain only in the imagination of Elon Musk.