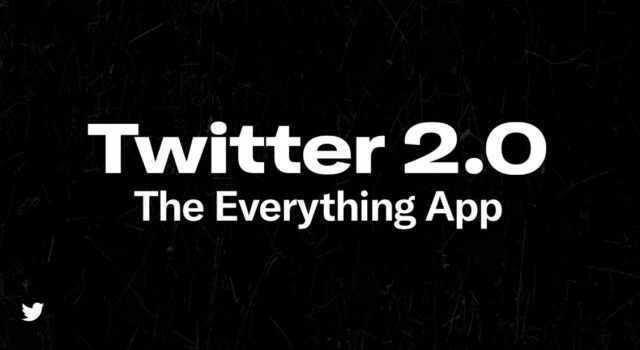 Elon Musk has posted some slides from a presentation he gave to Twitter employees right on his account on the social network. He revealed some positive stats from the past few weeks since he took control of the company, as well as his plans for the future. Since we don’t have access to the entire presentation, we don’t know how Musk backed up this presentation, but what we do have available is in tune with the billionaire’s statements over the past few months.

Twitter 2.0 will begin the transition to the WeChat clone Elon Musk wants

It seems Musk is pleased with Twitter’s progress of late. He boasts that Twitter is seeing a big wave of new account sign-ups. He revealed that 2 million accounts have been signed up every day for the past 7 days, a 66% increase on the same period last year. Then, usage of the service is also on the rise, with 8 billion active minutes per day in the last week, up 30% year-on-year. And the number of “monetisable” active users has grown to 253 million, while fake accounts are starting to decline in number.

Read:  Apple will "bulk" price all apps in the App Store

More interesting than Twitter’s apparent success under Musk’s leadership is the future of the platform, or Twitter 2.0, as the new CEO calls it. He says he wants to turn ads on the platform into entertainment, while video content will become a priority for development. These efforts are part of a plan to transform Twitter from a regular social network into “The Everything App,” the app that provides everything a user needs, much like China’s WeChat.

In terms of new features, Musk wants to implement encrypted private messaging on Twitter, the ability to publish “longform” content, meaning entire articles, not just short messages, while relaunching Twitter Blue for verification is in the plan for the near future. Last but not least, to turn Twitter into a sort of WeChat, Musk wants to implement payments through the app. It’s unclear what form this feature will take, but it’s most likely still QR codes. All modern phones already use NFC for payments, so paying via Twitter should solve a problem where such payments aren’t possible.

Read:  A jealous woman allegedly killed her boyfriend after following him with an AirTag