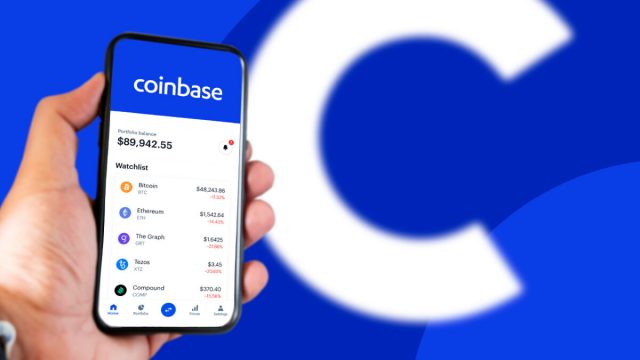 “… [Coinbase] Has a negative cash flow, with a grim future (even if the crypto comes back) & the owners have retired. The company is worthless.”

However, in a recent tweetthe author of “Black Swan” stated that his prognosis is limited to the operability of the stock market. Taleb explained that the headlines misquoted his COIN statement, saying:

“I didn’t say anything about their holdings and the risk of blowing up, no analogy to the FTC.”

However, despite being bearish on Coinbase, Taleb doesn’t foresee the U.S. crypto-currency exchange imploding in the same way as FTX.

Nassim Taleb also stated that the crypto industry relies on speculation due to its inability to generate cash flow.

Previous reports have indicated that Coinbase stock hit a record low a week ago, following the loss of investor confidence after the FTX collapse. As of Monday, COIN was trading at $40.61 after suffering a staggering 90% drop from its April 2021 IPO high of $429. Furthermore, amid the continued decline in the crypto space, Bank of America downgraded COIN to neutral earlier this month. At the time, the U.S. banking powerhouse explained that Coinbase was facing a number of headwinds. However, like Nassim Taleb, Bank of America also stressed that the Brian Armstrong-led company would not suffer the same fate as FTX.

Since then, Brian Armstrong has worked to calm investors’ nerves and recently told the Financial Times that he remains optimistic about crypto-currencies. Explaining why digital currencies are here to stay, the Coinbase director said that “the trend of history is going towards, you know, more digitization, more electronic payments; our wallet becomes our phone.“

However, Brian Armstrong also admitted that the crypto space needs more regulatory clarity to sustain itself.

Observers question the validity of crypto-currencies amid fears of contagion

While several tech players continue to advocate for the continuation of crypto-currency, an equal number of analysts, such as Nassim Taleb, consider it a waste of time. Dan Dolev, senior analyst at Mizuho Americas, also shared similar sentiments to the COIN assessment from the author of “Black Swan” earlier this week. In a research note, Dolev says Coinbase would not benefit from FTX’s dramatic drop earlier this month.

Read:  Did John McAfee fake his own death? His ex-girlfriend claims he did

Prolific investor Warren Buffett is also skeptical of digital currencies. In May, the “Oracle of Omaha” stated that the crypto-currency Bitcoin (BTC) was worthless. Buffett also expressed apathy towards the BTC craze and called the token “magical“. In addition, Buffett stated that regardless of the crypto’s rise or fall, “one thing I’m pretty sure of is that it’s not producing anything.“

Buffett’s scathing assessment of bitcoin has incurred negative reactions from the crypto community, especially from bitcoin maximalists. They claimed that the popular digital currency was worth far more than the Berkshire Hathaway CEO imagined.