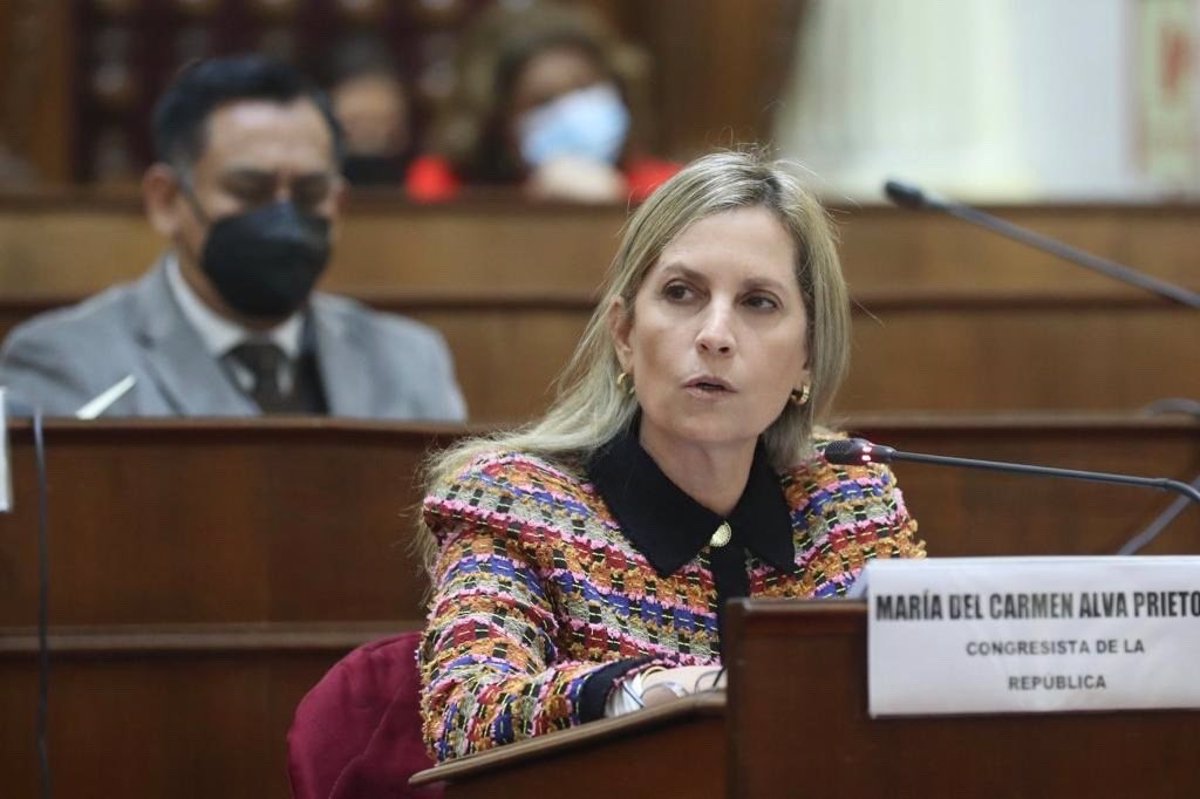 An audio broadcast this Friday on social networks would reveal the intentions of the president of the Peruvian Congress, María del Carmen Alva, to remove President Pedro Castillo from the Government Palace, with a project to advance presidential elections, which would be dealt with by the Commission of the Constitution chaired by Fujimorist Patricia Juárez, according to the newspaper ‘La República’.

“We are going to take out only the president. There is a big difference. The people are with us, they are not with Castillo,” Alva assured in the audio, who confirmed its authenticity at a press conference this Friday in which he denounced that He has been a victim of espionage, according to ‘El Comercio de Perú’.

The president of the Peruvian Congress has maintained that the audio, which was recorded between September and October 2021 –three months after Castillo took office as president–, has been “intentionally” released to hide another alleged scandal in which the Peruvian president would be involved.

Read:  Germany says the Minsk Agreements are "no longer worth anything" and accuses Putin of lying about Ukraine

In the recording, Alva stated that a group of constitutionalists told them that if Castillo was removed, only presidential elections should be called and that the president of the Constitution Commission, Fujimorist Patricia Juárez, already had a bill ready in that regard. , according to the aforementioned medium.

“Garcia Belaunde himself and many constitutionalists have said that they are presidential elections, that Congress is not leaving. We will issue a report, also ‘Pati’ Juárez was going to issue a law in that way (…) We do not have a reason disappear,” assured the president of the Upper House of Peru.

Along these lines, Alva pointed out that, if there was a possibility of assuming the presidency of the Republic, she would do so as president of Congress, as reported by ‘La República’.

“If the circumstances arise, which I have to assume and call after eight months (elections), I do it as president of Congress, but I return to being congressmen, Juárez already explained it to me,” Alba said.

Read:  The United Kingdom and Germany will allocate more than 1,500 million additional euros in aid for Ukraine

“THERE WAS NO PLAN HERE”

After confirming at a press conference that the audio is true, Alva has assured that “there was no plan here” to remove Pedro Castillo from power, but simply explained the operation of article 115 of the Constitution.

Said article indicates that the Peruvian president can be replaced by his vice president in case of a temporary or permanent impediment, and that if both are impeded, that position can be assumed by the president of Congress, as explained in statements collected by ‘El Comercio from Peru’.

“Here there was no plan. What there were are situations in the press, politicians and sociologists who have been with that question from day one. We have continued to work on what corresponds,” he added.