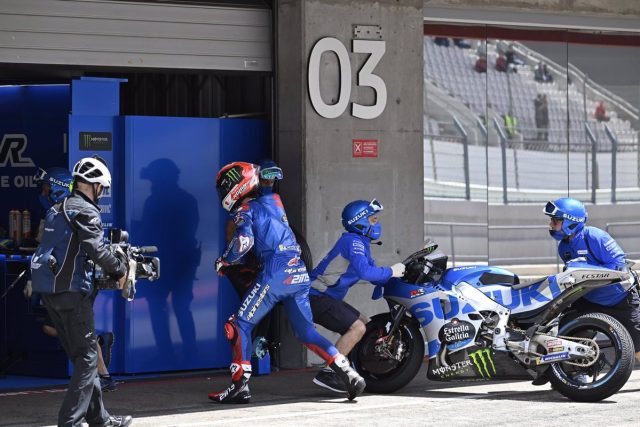 Dorna Sports, the company that manages the rights to the motorcycle world championship, has warned Suzuki that it cannot abandon the MotoGP championship “unilaterally”, after it was reported on Monday that the Japanese brand planned to leave the competition at end this season.

“Following recent rumors about Suzuki leaving MotoGP at the end of 2022, Dorna Sports has officially contacted the factory to remind them that the conditions of their contract to compete in MotoGP do not allow them to make this decision unilaterally.” , he points out in a statement.

Read:  Chantra and Foggia, best times in the first day of private Moto2 and Moto3 tests in Jerez

This Monday, the specialized media ‘motorsport.com’ reported that the Japanese brand had communicated to its pilots in the Suzuki Ecstar, the Spanish Joan Mir and Àlex Rins, and to the rest of the members of the team its decision to leave for the third time in its history the queen category of motorcycling -after its marches in 1983 and 2011-.

Suzuki was team world champion in 2020, a year marked by the coronavirus pandemic in which Joan Mir from the Balearic Islands was also proclaimed MotoGP champion.

However, Dorna has also stated that in the event that Suzuki leaves the competition “after an agreement between both parties” it will decide “the ideal number of riders and teams that will race in the MotoGP category from 2023”.

“Dorna continues to receive a high level of interest from a number of factory works and Independent Teams looking to join the MotoGP grid, as the sport continues to be a global example of close competition, innovation and entertainment, reaching hundreds of millions of fans. fans all over the world. Interest from all these parties has been reconfirmed in the last 24 hours.”