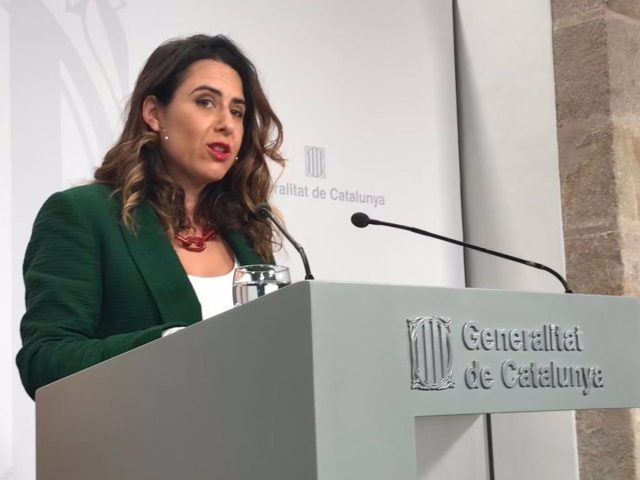 The Government spokeswoman, Patrícia Plaja, announced this Tuesday that the Generalitat has authorized Circuits de Catalunya to sign the promotion contracts for Formula 1 and MotoGP for the period 2022-2026.

At a press conference after the Consell Executiu, he defended that the renewal of the contract is linked to a rethinking of the Montmeló circuit (Barcelona) to adapt it to the commitment “for sustainability and direct links with the territory”.

“Another Circuit de Catalunya is possible and that is what the Government will do”, he claimed, and explained that this will be defined in the Strategic Plan of the Circuit de Catalunya to link it to sustainability and technological innovation, for which he believes that the The renewal of these contracts will not affect the negotiations of the Budgets of the Generalitat for 2022.

Read:  Pol Espargaró: "The fans will give me the boost I need"

Plaja has argued that the Generalitat wants to promote a “new paradigm” at the Circuit that will materialize in the coming weeks and that will propose different uses of the circuit beyond the Formula 1 and Moto GP grand prix.

According to her, the renewal of these contracts will allow to start “the transition period towards a new Circuit”, although she has not given details of what it will consist of.

The Formula 1 and Moto GP contracts at the Circuit de Catalunya have been one of the issues that the CUP has always rejected and in fact, after the announcement of the renewal of these contracts, the CUP spokesperson in Parliament, Eulàlia Reguant, He has criticized in a tweet collected by Europa Press: “They were not the Budgets of the macroprojects. They were transformative and green,” he ironized.

Read:  Liverpool and Bayern, to rooms by different paths