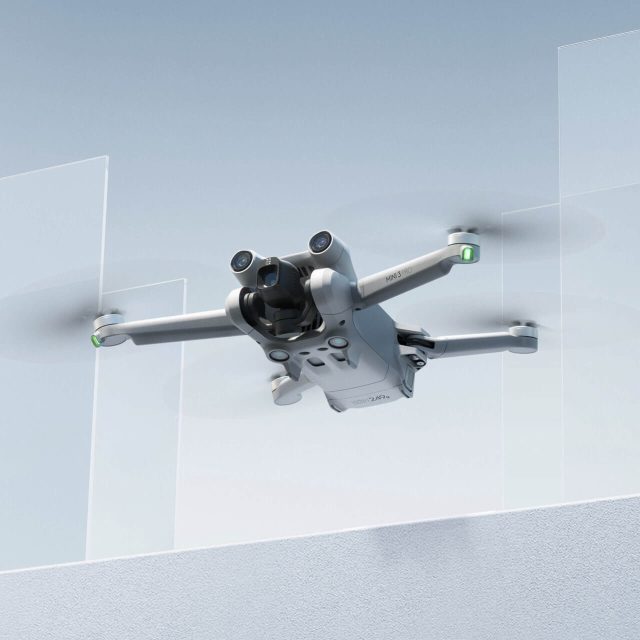 We’ve known about the DJI Mini 3 Pro for several months now, as the leaks have revealed most of the details about the Chinese manufacturer’s new small drone. What I didn’t know is how big the changes are and how much this model will cost. It seems that the Mini 3 Pro will not replace the already existing DJI Mini 2 in the offer, but rather will offer a small drone variant with much improved capabilities.

Thus, DJI Mini 2 will remain in the offer as an average option between DJI Mini SE, the cheapest drone of the company, with 2.7K filming and DJI Mini 3 Pro, the most performing “small” drone. Even though it has the Pro name in the title, the Mini 3 remains a “mini” drone, due to its weight of only 249 grams. This allows more users to buy and use it legally, without the need for an advanced pilot’s license and approval from the authorities to operate the drone in most places. Then, the improvements over the Mini 2 are huge. We have a 1 / 1.3 ”CMOS sensor, similar to the one on today’s top smartphones, with a resolution of 48 megapixels and 4K filming up to 60 frames per second and 4K HDR filming at 30 FPS. In fact, the performance in low light is much improved compared to the previous generation.

Even the flight time is longer. With the standard battery, the drone can fly for 34 minutes, says DJI, 3 minutes more than the Mini 2. There is also a “Plus” battery that extends the flight time up to 47 minutes, but that makes the drone significantly longer. heavy, at 280 grams. Thus, a pilot’s license is required to operate with that battery in certain areas. For the first time, DJI integrates proximity sensors on the drone, in order to avoid obstacles in its way, thus providing additional safety. Basically, many accidents can be avoided. Also, the camera gimbal can be rotated 90 degrees for filming and photos at 90 degrees in portrait mode, to publish the material directly on social networks. With the sensors come advanced features such as FocusTrack, which allows automatic tracking of a subject.

Another novelty is the DJI RC controller, which integrates a 5.5 ”HD screen with a brightness of 700 nits. Thus, it is no longer necessary to connect a smartphone to the controller to operate the drone. The functionality is identical to that of the DJI Fly application, as the remote control practically integrates the components of a smartphone and has software based on the integrated Android operating system.

Read:  The Sonos affordable soundbar will be called Ray. It appears in the first "official" images But all this comes at a high price. There are three basic packages for DJI Mini 3 Pro, as well as an optional accessory package, which can be purchased separately. DJI Mini 3 Pro starts at 739 euros, in the package without remote control. It is dedicated to those who already have a DJI RC-N1 remote control, the one that comes with DJI Mini 2 or DJI Air 2S.

Then comes the standard DJI Mini 3 Pro package, which comes with an integrated DJI RC-N1, at 829 euros. Finally, the DJI Mini 3 Pro + DJI RC (screen remote control) comes on offer for 999 euros. For those who want a carrying case, two extra batteries, a charger for all three batteries and two more sets of propellers, the Fly More Combo package costs 189 euros separately. DJI used to sell drones and fly more in one package. The DJI website promises delivery starting May 24, so we will see the drone on the market in the next 2 weeks. In Romania, the specialty stores list the drone in the remote control versions at 4,399 lei, respectively 5,299 lei.