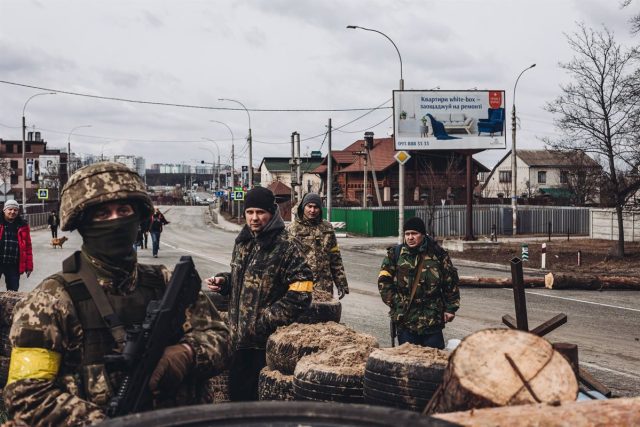 File – A soldier of the Ukrainian army at a checkpoint in the city of Irpin, on March 4, 2022, in Irpin (Ukraine). – Diego Herrera – Europa Press – Archive

The Armed Forces of Ukraine have estimated this Tuesday at about 26,000 the number of Russian soldiers killed in combat since the beginning of the invasion on February 24 by order of the President of Russia, Vladimir Putin, a figure much higher than that recognized until today. date by Moscow.

Likewise, he has stated in a message on his account on the social network Facebook that since the beginning of the fighting, 1,170 battle tanks, 519 artillery systems and 185 multiple self-propelled and armored rocket launchers have been destroyed.

Read:  Rohingya refugees demand favorable conditions in Burma to return to the UN

In this sense, he added that 87 anti-aircraft defense systems, 199 planes, 158 helicopters, 1,980 vehicles and fuel tanks, twelve boats and 380 drones have also been destroyed, while 94 cruise missiles have been shot down.

On the other hand, the General Staff of the Ukrainian Army has stated that “the possibility of sabotage (by Russian forces) against the Ukrainian chemical industry with new accusations against units of the Armed Forces is not ruled out.”

“There is a high probability of missile strikes against civil and military infrastructure throughout Ukraine,” he pointed out, while stressing that “the Russian enemy has not stopped offensive operations in the Eastern Operational Zone to achieve full control of Donetsk and Lugansk oblasts and maintain the land corridor between these territories and occupied Crimea”.

“The Russian enemy focuses its main efforts of the aviation group on supporting the actions of the units in the Eastern Operational Zone in the direction of Slobozhanski and Donetsk and in the area of ​​​​the Azovstal plant. Artillery continues to be used in practically all of the line of contact,” he noted.

He also stated that “it is expected that the Russian enemy will continue to act in the section of the border with Ukraine to contain the actions of the units of the Armed Forces of Ukraine and prevent their regrouping in other areas.”

“The Russian enemy continues to prepare offensive operations in areas of Liman and Severodonetsk. Fighting continues for the settlements of Voevodivka, Toshkivka and Nizhne in the Severodonetsk district of Lugansk province, as well as in Kamianka in the Yasinuvata district. , in the province of Donetsk”, has riveted.