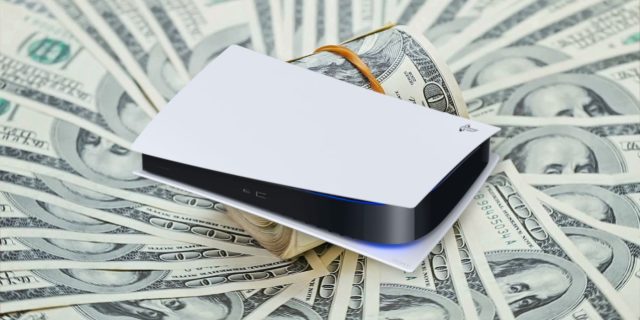 In theory, the PlayStation 5 was launched on November 12, 2020. In practice, even after a year and a half you can’t find it at the price thought by the manufacturer, but the units that still reached gamers are far from few.

Ideally, you should be able to buy a PlayStation 5 for 2000 d lei in the digital version, without an optical drive. The “disc” version should have a purchase price of about 500 lei more. Because there are almost never such offers, large domestic retailers, such as Altex or Flanco, have given up listing the product, while eMag, through third-party sellers, sells it to you at double the price, between 4400 lei and 5100 of lei. But aside from the speculation, Sony still has reason to rejoice.

PlayStation 5, an impressive victory for Sony

Sony has sold about 2 million PlayStation 5 consoles in the last quarter. We are probably talking about all that it has produced. It’s not like finding a PS5 on store shelves. Thus, since its launch, it has delivered no less than 19 million units.

On paper, this is not necessarily a victory for the Japanese giant, compared to the statistics of the fourth quarter of last year. At that time, especially in the context of the winter holidays, it managed to sell about 3.3 million consoles.

Unfortunately, as I explained above, the problem is not that Sony does not sell its consoles, but that it can not meet the demand after a year and a half. Due to the chip and semiconductor crisis, it is unlikely that the giant behind PlayStation will “stay” on console stocks too soon.

Read:  Electric cars in Romania: what you need to know, where to repair them, how much they cost

The good news is that those who have come to the market are really used to it. PS4 and PS5 games sell like hot cakes. In a single quarter, 70.5 million units were delivered, a significant increase from 61.4 million in the same period last year. In the end, sales of consoles, gaming accessories and games led to a 4.9% increase in revenue from Sony’s gaming division, to $ 5.1 billion.