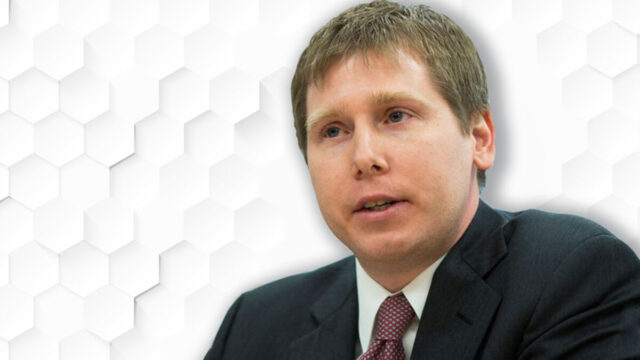 The letter, released Tuesday by Winklevoss, calls on DCG’s board of directors to force Silbert out as CEO. Silbert shared his letter on Twitter and said he&rsquor;s been thinking deeply over the past year about the state of the crypto-currency industry and its direction.

On Tuesday, Digital Currency Group CEO Barry Silbert released a letter to shareholders in response to accusations by Gemini CEO Cameron Winklevoss. Winklevoss had previously accused DCG of false statements and called for Silbert’s resignation as CEO. Silbert’s letter, which does not directly address some of Winklevoss’ specific allegations, includes a question-and-answer session that addresses certain topics.

“I&rsquor;ve been thinking a lot about the past year, the state of the&rsquor;industry, and the direction we should take“, said Barry Silbert.

I’ve been reflecting quite a bit about the past year, the state of the industry and where things go from here.

Here is an update to address those reflections, other developments and some speculation about @DCGco (1/10)https://t.co/xEohthubvD

“While DCG, our subsidiaries and many of our portfolio companies are not immune to the effects of the current turmoil, it has been difficult to have my integrity and good intentions questioned after spending a decade investing everything in this company and the space with a constant focus on doing things the right way“, writes Silbert.

Read:  Is it possible? An influencer on TikTok claims that John McAfee is the creator of Bitcoin

The Q&A portion of Silbert’s letter goes on to explain how DCG interacts with its wholly owned subsidiaries and portfolio companies. The letter notes that DCG’s subsidiaries are independent companies with their own management teams. The company says this includes financial and risk management protocols, as well as legal and compliance oversight. One question is whether GDC and its subsidiaries commingle their cash.

“No“, insists the Q&A portion of the letter. “Each of DCG’s wholly owned subsidiaries has its own bank, securities and crypto accounts, and maintains separate books and records.“

The Q&A further notes that DCG’s relationship with FTX was a $250K Series B investment in 2021 and an FTX trading account.”with less than 1% of our total trading volume traded on this platform. “Barry has no personal or professional relationship with Sam Bankman-Fried“, the letter points out. “Other than a conversation in the summer of 2022 and a few emails at the time, Barry does not recall ever meeting, speaking or otherwise communicating privately with him.“

The Q&A section of the letter also discusses the alleged relationship between Digital Currency Group (DCG) and Three Arrows Capital (3AC), the now-defunct crypto-currency hedge fund. The letter states that “DCG never had a relationship with Three Arrows Capital” and that Barry Silbert, CEO, never met with 3AC executives. However, Silbert acknowledged that there had been a “introduction call with one of the co-founders in 2020.“In addition, while Genesis Capital, a subsidiary of DCG, had a trading and lending relationship with 3AC, and 3AC defaulted on its loans with Genesis, DCG stated that it did not “never coordinated any purchases or sales of GBTC or other investments” with the failed cryptocurrency hedge fund.

The letter also discusses the reasons behind DCG’s decision to take on the bankruptcy claim against 3AC and what DCG received in exchange for the $1.1 billion promissory bill from Genesis Capital. According to DCG, the recovery is “very uncertain” and the company “did not receive any cash, crypto-currency or other forms of payment for the promissory bill – DCG effectively assumed Genesis’ risk of loss on the Three Arrows Capital loan without any obligation to do so“, the company explained in a Q&A section of the letter. While it is unclear what may happen in the near future between DCG and Gemini, Silbert remains optimistic.

Following the letter to Silbert shareholders, Gemini sent emails to the customers of&rsquor;Earn, informing them that the service was officially over. “We are writing to inform you that Gemini, acting as agent on your behalf, has terminated the Master Loan Agreement (MLA) between you and Genesis Global Capital, LLC (Genesis), effective January 8, 2023“, the email from Gemini states. “This officially ends the Earn program and requires Genesis to return all outstanding assets in the program“, according to the email. “Existing redemption requests are not affected and continue to be processed by Genesis“Gemini adds.