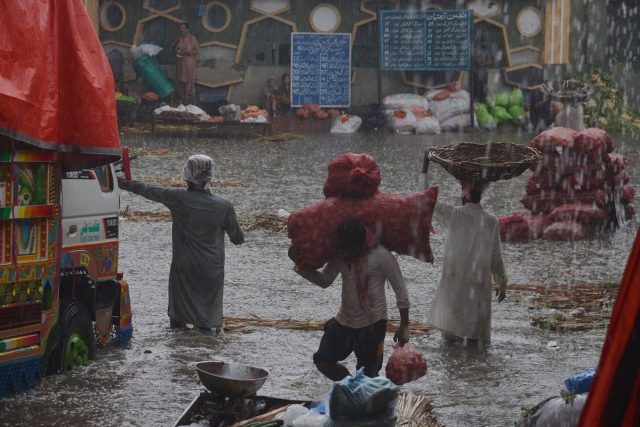 More than 1,200 people have died as a result of the violent and torrential rains that have fallen in recent weeks on Pakistan, which is preparing to face new deluges in the south of the country.

The National Disaster Management Authority (NDMA) has specified that among the 1,208 dead there are 416 children, while the number of injured has risen to 6,082. In the last 24 hours, 19 more fatalities have been recorded.

The water level in the southern Pakistani city of Dadu has continued to rise on Friday. This rise is a consequence of the very steep floods of the Indus River, which have caused monstrous floods leaving behind a trail of destruction in several regions of the country.

Read:  Zelenski, Erdogan and Guterres to meet Thursday in Ukraine

Emergency teams are rushing Friday to evacuate millions of people residing in remote villages in the south of the country as they await further deluges and overflowing rivers from the north, reports Pakistani daily ‘Dawn’.

“It’s a race against time,” said Sindh provincial government spokesman Murtaza Wahab. The devastation is now spreading southward, with the floods heading towards the Manchhar and Johi lakes in Dadu, where thousands of people were trapped without food and shelter.

The Indus River, which flows from the Himalayas to the Arabian Sea in the south, has once again burst its banks following heavy rains in the mountains last week. Nearly 20,000 cubic meters of water per second is now flowing downstream and will soon reach major cities in Sindh.

Meanwhile, in the north, several localities remain inundated by heavy rainfall that fell mainly last week. Although the virulence has subsided, thousands of people are still without food and shelter.