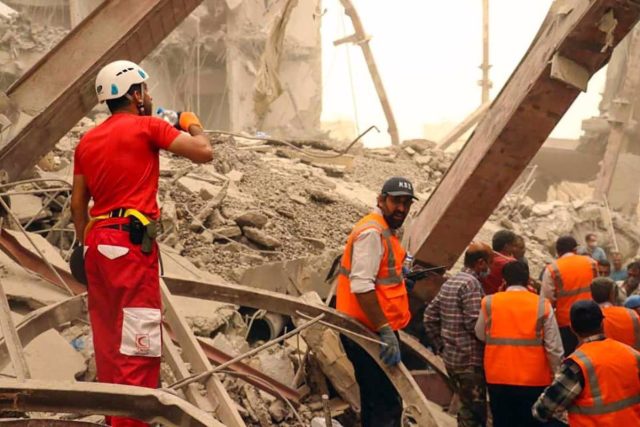 The Iranian authorities have raised this Wednesday to fourteen the total number of deaths due to the collapse on Monday of a shopping center in the city of Abadan, located in the province of Khuzestan (south), without the causes having been determined at the moment. of the event.

Iranian Interior Minister Ahmad Vahidi has indicated that so far fourteen bodies have been recovered in the area and added that around 30 wounded have already been discharged and have left hospitals, according to the Iranian news agency. FARS.

Likewise, he has stated that the authorities will proceed to demolish what remains standing of the structure of the ten-storey building, although he has stressed that “due to the risk of collapse of unstable structures, it is not possible to announce the exact date on which It will be carried out”.

The Metropol, a 10-storey shopping mall, was still under construction when the collapse occurred. The rescue teams fear that the death toll could increase because there are still about 50 people missing, as reported by the German news agency DPA.

Read:  Some 800 firefighters in Portugal are fighting eleven active fires in the country.