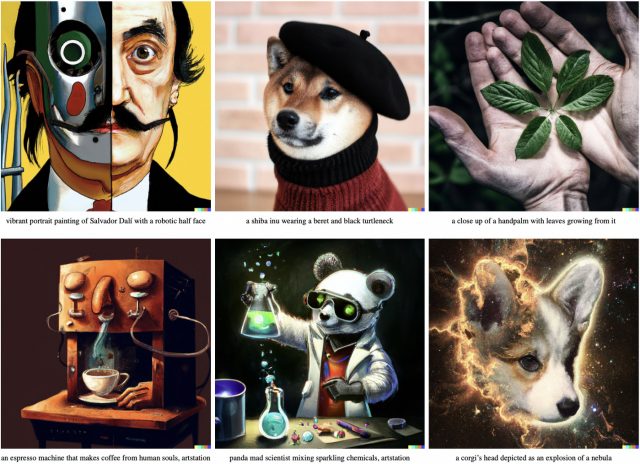 DALL-E 2, the most popular image generation system using AI algorithms to date, has fully opened its doors to the general public. Access to DALL-E was previously limited by invitations that users could receive by joining a waiting list, but now anyone can sign up for a free account and start generating images of all kinds based on text descriptions.

Even though AI image generation technology isn’t exactly new, it wasn’t until 2022 that such services and all sorts of more or less free projects started to appear that can deliver truly impressive results. Thus, we can consider DALL-E 2 as something new for the general public though, and something that has become more than a technology demonstration, already making the transition to a finished product that can be monetized. Accounts can be signed up on the official website.

Read:  We will produce electricity at home from the moisture in the air

Access to DALL-E 2 is currently free, but not unlimited. Users receive 50 free credits on first registration, which can be used to generate 50 images via the service. At the end of these credits, you can buy more in stacks of 115 credits for $15. There’s no discount for larger quantities, so it doesn’t matter if you make one transaction or several for more credits.

All users also get 15 free credits each month. These must be used in that month, as they are not reported. Only the original 50 credits and those purchased can be used in subsequent months. However, even paid credits have an expiry date of 12 months. They expire if not used after one year.

DALL-E 2 is a cloud-only service, but there are local alternatives similar in functionality, such as Stable Diffusion, which can be downloaded and installed on a personal computer with a powerful GPU. These can generate images for free, based on open source algorithms. However, the hardware costs might be higher than the credits used for image generation.

Images generated by DALL-E 2 or Stable Diffusion can also be used for commercial purposes, with the user having full rights to the images generated based on their descriptions.