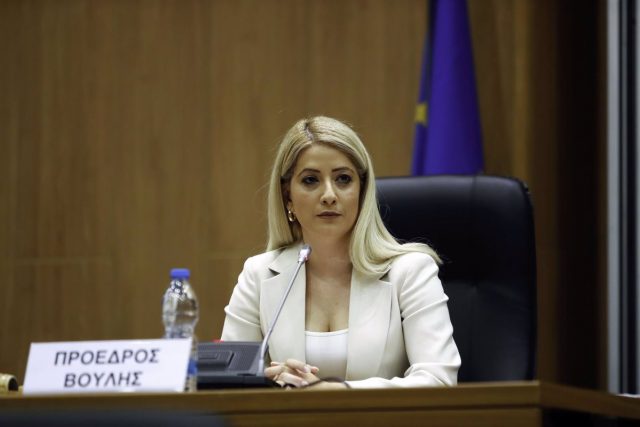 The Parliament of Cyprus has approved this Thursday a law criminalizing femicide as a distinct crime with a prison sentence that can reach life imprisonment for perpetrators.

“Femicide is a separate crime,” Speaker of the House of Representatives Annita Demetriou announced on her Twitter social network account.

“Today (a decisive step has been taken) on the long road towards the elimination of gender-based violence, giving visibility and including the gender dimension in the country’s legislation,” commented Demetriou, who presented the proposal.

She also explained that this measure — approved with 38 votes in favor and four against — has been taken “in response to the escalation of the phenomenon of femicide” that the country is experiencing.

“Each number corresponds to a person and specifically to a woman. A common denominator in the equation, the stigma of gender crime, as a result of the escalation of violence against women,” he said.

Read:  Greece celebrates as a "historic day" the end of enhanced economic surveillance by Brussels

“These are not new elements, but legal aggravating factors, which will be taken into account when imposing the penalty for causing the death of a woman by unlawful act or omission,” Demetriou clarified, speaking to ERT News.

According to the new law, the computation of the penalty will take into account as an aggravating factor that the death occurred as a result of sexual partner violence, torture or misogynist violence.

Cases in which the death occurs as a consequence of violence motivated by religious beliefs, sexual orientation or gender identity, as well as the commission of the crime of female genital mutilation, violence for the purpose of or in the context of sexual exploitation or trafficking in persons, drug trafficking or organized crime will also be aggravating circumstances.

“At the same time, a valuable parameter is added to the toolbox to eliminate the phenomenon: It gives us the possibility of an official registry of femicides,” the policy has qualified.

For her part, Rita Superman, a Cypriot MP from the Christian Democrat Disy bench, has indicated that the motive for the crime should constitute an integral part when sentencing. “It is not about feminism, it is about human rights,” she said, according to the media ‘Cyprus Mail’.