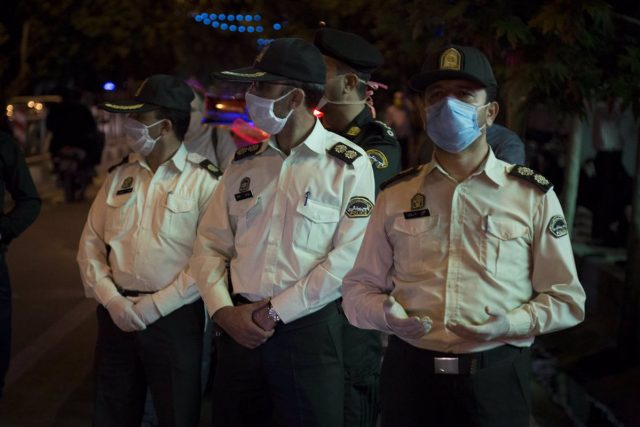 The 22-year-old Mahsa Amini, who died of serious injuries sustained after being arrested last Tuesday by the Greater Tehran Morality Police, apparently for not wearing her veil properly, was buried this Saturday.

Amini was taken to a hospital already in a coma on the very day of her arrest after “suffering a heart attack,” according to the police version, and finally died on Friday due to the severity of her injuries.

Thousands of people have attended the woman’s funeral in her hometown of Aychi, in the Saghez region of Iranian Kurdistan which is located in the northwest of the country, according to the Iranian news agency IRNA. The ceremony was attended by relatives, neighbors and authorities of the Saghez region.

This case would have provoked spontaneous protests on Friday and videos have spread on social networks of people chanting phrases like “Death to the dictator!” in reference to the supreme ayatollah, Ali Khamenei, or drivers sounding their horns as they passed the Kasri Hospital in Tehran where Amini died.

Amini was arrested in Tehran while with her brother for “improper” wearing of the hijab or Islamic headscarf. The intervention is attributed to agents of the Guidance Patrol or Morality Police, in charge of ensuring respect for the rules of dress, which usually results in the arrest of women, although some men have also been arrested.

Read:  At least three wounded in shooting at funeral in Chicago

The Moral Police have shown security camera footage of the moment the woman entered the police station, according to IRNA. In addition, he has assured that according to a first investigation “there was no physical contact with her neither in the car nor on the spot”.

Media outlets such as the newspaper ‘Etemad’, related to the reformist currents, have echoed the news, but so has the official news agency Fars news, dependent on the Iranian Revolutionary Guard, military and ideological elite body of the regime of the Islamic Republic.

Fars has even published a petition open to signatures calling for “an end to the unwritten law of compulsory hijab wearing” and “an investigation into the causes of Mahsa Amini’s death.” The media also assures that both high authorities, starting with the Iranian president, Ebrahim Raisi, have ordered a “thorough and urgent” investigation into what happened.

“It’s gone… He’s gone,” Mahsa Amini’s mother lamented to the press on Saturday, as reported by the human rights organization Human Rights Watch. The family was informed that the woman was taken to a Morality Police headquarters for “an education and counseling class.”

After two hours of waiting outside the Morality Police station, her brother discovered that the woman had been taken by ambulance to a hospital. During that time he and other witnesses could hear screams and several women leaving the scene said that “he has killed someone.”

Read:  Russia claims to have destroyed a thousand Ukrainian military installations in the last day

Police eventually used tear gas to disperse funeral attendees, Fars reports. “After the funeral, some people left, but others stayed behind chanting slogans to demand an investigation,” Fars said.

“The protesters marched to the regional government headquarters and chanted more slogans, but were dispersed when security forces fired tear gas,” he added.

This is not the first such incident. In July a police officer arrested a woman who was harassed, beaten and videotaped for breaking the unwritten rule on the hijab. She was taken to a hospital with internal bleeding and then forced to publicly apologize on state television.

“For a woman to die after being arrested for how she was dressed is evidence of unacceptable depravity. A transparent investigation, proper accountability for those responsible for Mahsa’s death, and reparations for the family are absolutely necessary,” HRW said in a statement.

The group is also calling for “the abolition of the mandatory hijab law” and other regulations that deprive women of their autonomy and rights.

Amnesty International has also called for “criminal investigations into allegations of torture and other ill-treatment in custody (…). All responsible agents and authorities must be brought to justice.”