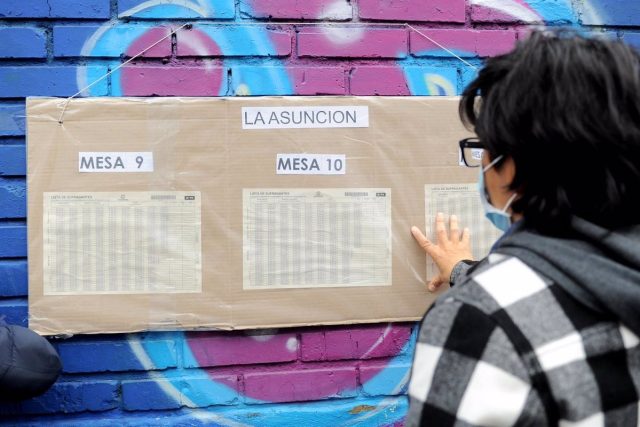 The Colombian electoral authorities have reported that 584 complaints of irregularities or crimes have been received during the presidential elections held this Sunday.

The Minister of the Interior, Daniel Palacios, has explained in any case that the day has taken place without any significant alteration of public order and that no polling station has had to move for that reason.

Of the total complaints, 506 have been in Colombian territory, “while there are 8 in Spain, 6 in the United States, 4 in Canada and a further group in other countries,” Palacios pointed out, according to the newspaper ‘El Tiempo’.

In Colombia, the regions with the most complaints have been Bogotá, with 112; Antioquia, with 101; Valle del Cauca, with 51; Risaralda, with 26 and Santander, with 25.

Of the total number of complaints, 98 have been for constraining the voter, 81 for intervention in the politics of public servants, 50 for monitoring the electoral process and 49 for corruption of the voter.

All the complaints have been brought to the attention of the Prosecutor’s Office, the Attorney General’s Office and other authorities for the corresponding actions.

For his part, the Minister of Defense, Diego Molano, explained that according to the last balance of the Public Force, the day passes with general normality in matters of public order in all regions. “There have been two arrests, one in Nariño and the other in Cauca, related to electoral crimes,” he pointed out.