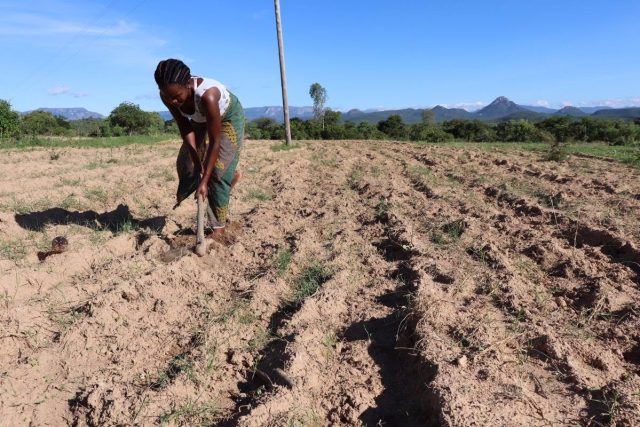 UN Under-Secretary-General for Humanitarian Affairs Martin Griffiths called for an “urgent” response on Sunday to what is expected to be the worst drought in four decades in the Horn of Africa region.

Griffiths has visited Kenya and has been able to see first-hand the devastating consequences of the lack of water in the middle of the rainy season for the fourth consecutive year.

“During my visit I have met with people from the village of Lomopus, in Turkana county, Kenya, and have spoken with displaced people in Doolow, Somalia, as well as in the Korehey area, in the Somali region of Ethiopia. Griffiths recounted.

“Each and every one of the people I have spoken with has been clear: this crisis threatens their lives and their way of life. They need the world’s attention and actions. Now”, he has riveted.

The drought in the Horn of Africa is already affecting more than 18 million people in Ethiopia, Somalia and Kenya, of whom 16.7 million have nothing to eat every day and do not know when they will be able to get their next ration.

Everything points to these figures increasing in the coming weeks because the rainy season — from March to May — has once again brought less rainfall than the average of recent years, confirming the worst drought in the last four decades in the Horn of Africa.

In Lomopus neighbors have told Griffiths that it is the worst drought they can remember. Many families have lost their livestock and are struggling to survive. Those who have been able to buy food are sharing their meager reserves with their neighbors, but many only have dates to eat.

The children depend on the school feeding program which guarantees one meal a day, but many have had to drop out of school because they cannot afford it, and some girls have dropped out of school altogether to get married.

“We are sounding the alarm in the face of this crisis and we have been asking for contributions for months. I appreciate the donations and the commitments of the donors (…), but we certainly do not have time: if we do not receive funding immediately to increase the humanitarian response, we will have to mourn the loss of many human lives”, he explained.

Griffiths has also met with officials from the Kenyan Government and has addressed the response of the authorities to the crisis that involves the adaptation of the affected communities.

“My message to the world is not to forget the people of Lomopus and all those who need our support throughout the region. These people are the face of the global climate crisis and have done nothing to cause it. We must stand up and stand in solidarity with them before it’s too late,” he stressed.