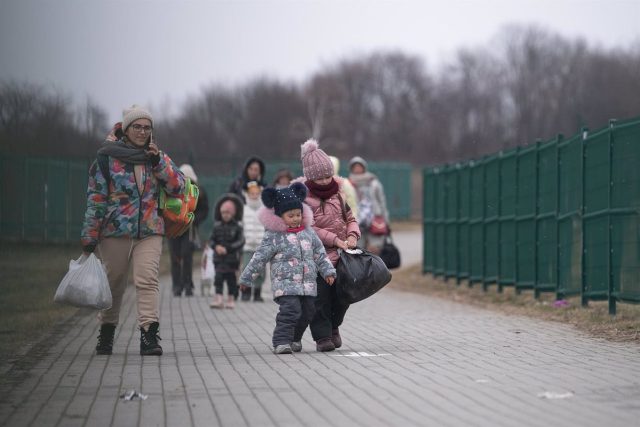 The International Committee of the Red Cross (ICRC) has called for a “massive and urgent” response from the international community to address the humanitarian needs in Ukraine as the situation becomes “more serious and desperate”.

The ICRC has detailed that, in just two weeks, hundreds of Ukrainian homes have been reduced to rubble, many citizens have had to hide in shelters to flee from the bombs and hundreds of thousands of people do not have access to water, heating, electricity or medical care.

The agency has stressed that since the 2014 conflict, support has been provided to Ukraine in cities such as Kiev, Mariupol, Odessa, Donetsk or Lugansk, although it has stressed that now “much more must be done to help the growing number of people in need. “.

“That is why we are mobilizing more personnel and supplies to Ukraine and neighboring countries, to help people suffering the effects of this conflict,” said Martin Schüepp, ICRC regional director for Europe and Central Asia.

The ICRC has deployed additional staff to the field to “significantly expand” the scope of its work, and teams have also been deployed to Hungary, Moldova, Poland, Romania and Russia to support the regional response and strengthen coordination with the International Movement of the Red Cross and Red Crescent.

Logistics centers are being set up in countries neighboring Ukraine to send relief items to Ukrainians “more efficiently” amid a conflict that has broken supply chains.

In addition to intensifying the operational response on the ground, the humanitarian entity has stressed that it maintains “sustained, bilateral and confidential” contact with all parties on the conduct of hostilities, as well as on the protection of the civilian population.