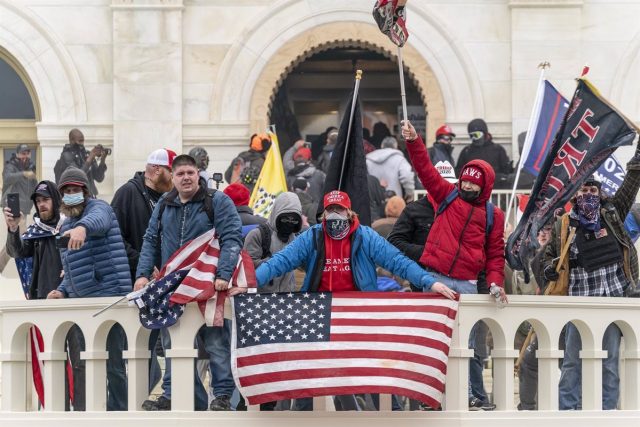 The committee in charge of the investigation of the assault on the Capitol on January 6, 2021 has requested this Friday from the U.S. Secret Service the text messages deleted during the day of the insurrection and the following 24 hours.

Mississippi Democratic Rep. Bennie Thompson, a Democrat and one of the committee’s chairmen, has sent a letter to Secret Service Director James Murray asking for the text messages that, although deleted, are retrievable, CNN has reported.

The U.S. Secret Service (USSS), charged with protecting the president of the United States — among others — has been in the committee’s spotlight for a few days after panel witnesses described former President Donald Trump demanding that his protective service take him to the Capitol shortly before rioters stormed the building.

Read:  Switzerland joins the EU sanctions against Russia in a "unique" step for the country

The messages could prove that Trump’s request is true, so preemptively, someone may have deleted them, according to the cited network. Also, the committee has concluded, the Secret Service deleted the text messages shortly after they were first requested by the panel on Feb. 26, 2021.

The office of Department of Homeland Security Inspector General Joseph Cuffari subsequently notified the committee about the Secret Service performing the deletion of the messages as part of a program to change the devices they were using.

“The Secret Service has reported the deletion of the messages in response to this office’s request,” he let the panel know in a letter, reported by CNN.

Read:  NATO promises security guarantees to Sweden and Finland as soon as they request their entry

The storied presidential protection agency has already rejected “any malicious insinuations” that it deliberately deleted the messages and reiterated that it cooperates “fully” with the inspector general’s office “on all matters: whether interviews, documents, emails or text messages.”