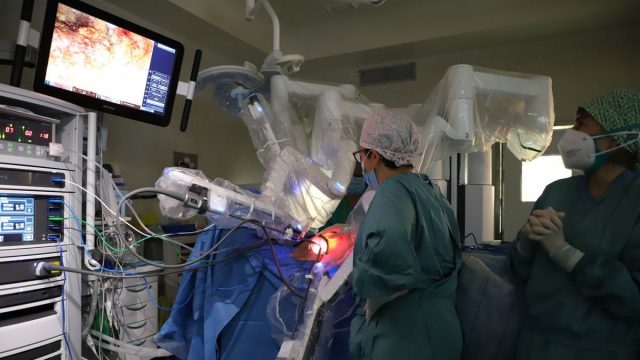 The Germans Trias i Pujol Hospital of Badalona (Barcelona)Can Ruti, has become the first hospital in Spain to carry out the first two mastectomies developed by means of a robotic platform.

In a statement Wednesday, the hospital reported that the milestone was achieved by. operating on two women who are already recovering satisfactorily at home after undergoing this surgical procedure, and to one immediate breast reconstruction.

The first patient operated on, a 45-year-old woman, presented with an large lesion in the left breast precursor of breast cancer and multiple risk lesions in both breasts, so mastectomy was chosen as a preventive measure, followed by reconstruction of both breasts.

Read:  changing the face from within

In the case of the second patient who underwent surgery, aged 55 years, she already presented with a neoplasm in the right breast, which was excised and reconstructed with prosthesis.

These interventions were traditionally performed with conventional open surgery, but in recent years there has been an evolution towards the endoscopic route (with small holes in the skin that allow the entry of a camera and surgical material to carry out the procedure).

Robotic breast surgery, unlike open surgery, makes it possible to perform. smaller wounds, injuring less skin, improve aesthetics (as the scar is limited to a minimal incision in the axilla) and operate with better precision thanks to instruments that perform multiple movements, and a more magnified and 3D image.

Read:  Scarlet fever in children: What is it, what are its symptoms and how is it spread?

In addition, with this new system the professional works assembled on a console that improves the ergonomics of the surgeon during the hours of surgery.

This technique may benefit the recovery of patients, which in the case of mastectomies would involve a greater preservation of sensitivity in the areola and nipple, due to less manipulation and damage to the nerves of the breast.